Hank Wilson began leaving his heritage as one of the founders of the Montana Quarter Horse Association.  But that’s not where his business with horses began.  He was ranching and breeding horses in the panhandle of Oklahoma at the time the AQHA was just beginning and he bred to some of the great foundation sires such as Leo, Jet Deck, Parr Passum, and Three Bars.

Hank had the uncanny ability to recognize the great studs before they became great. 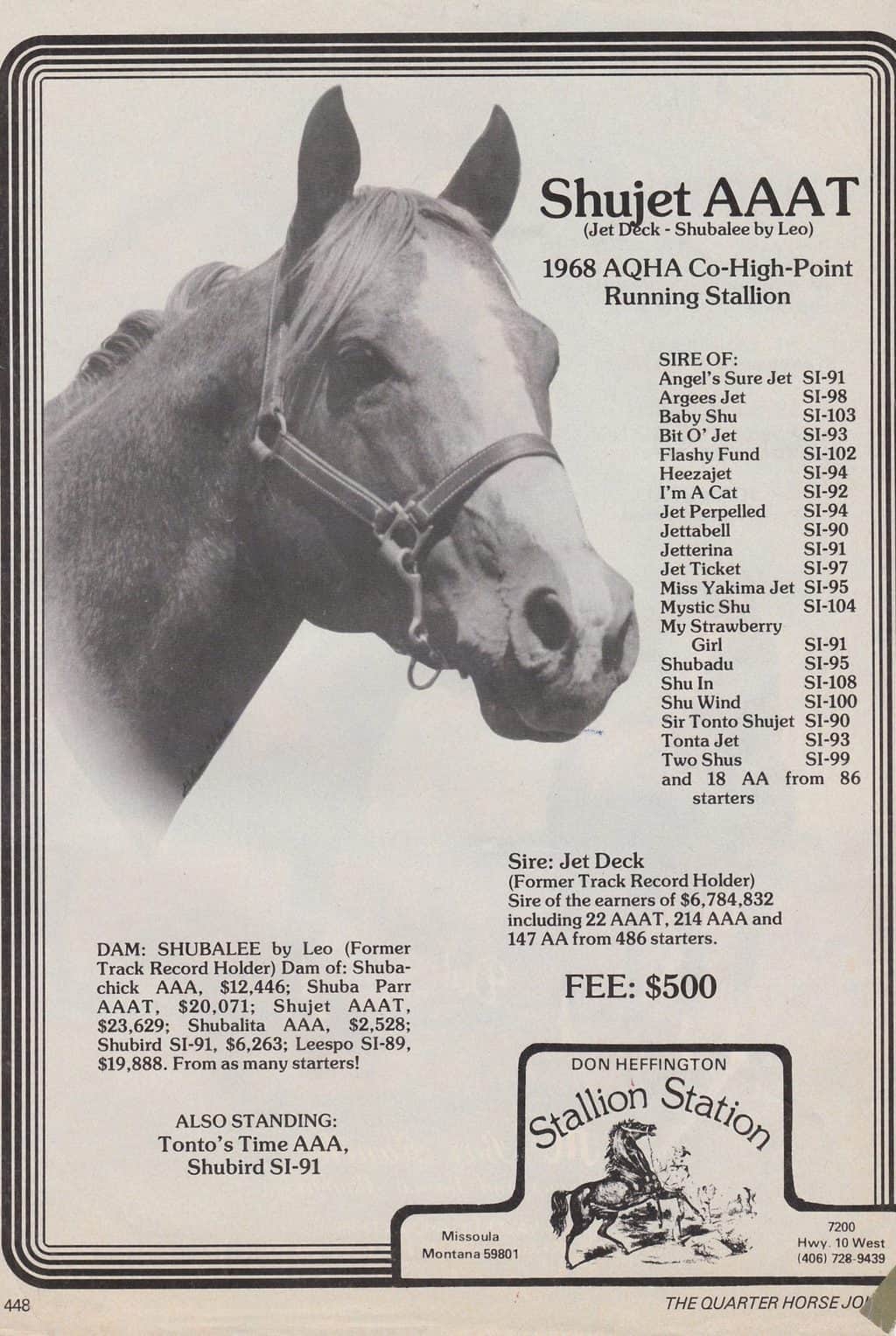 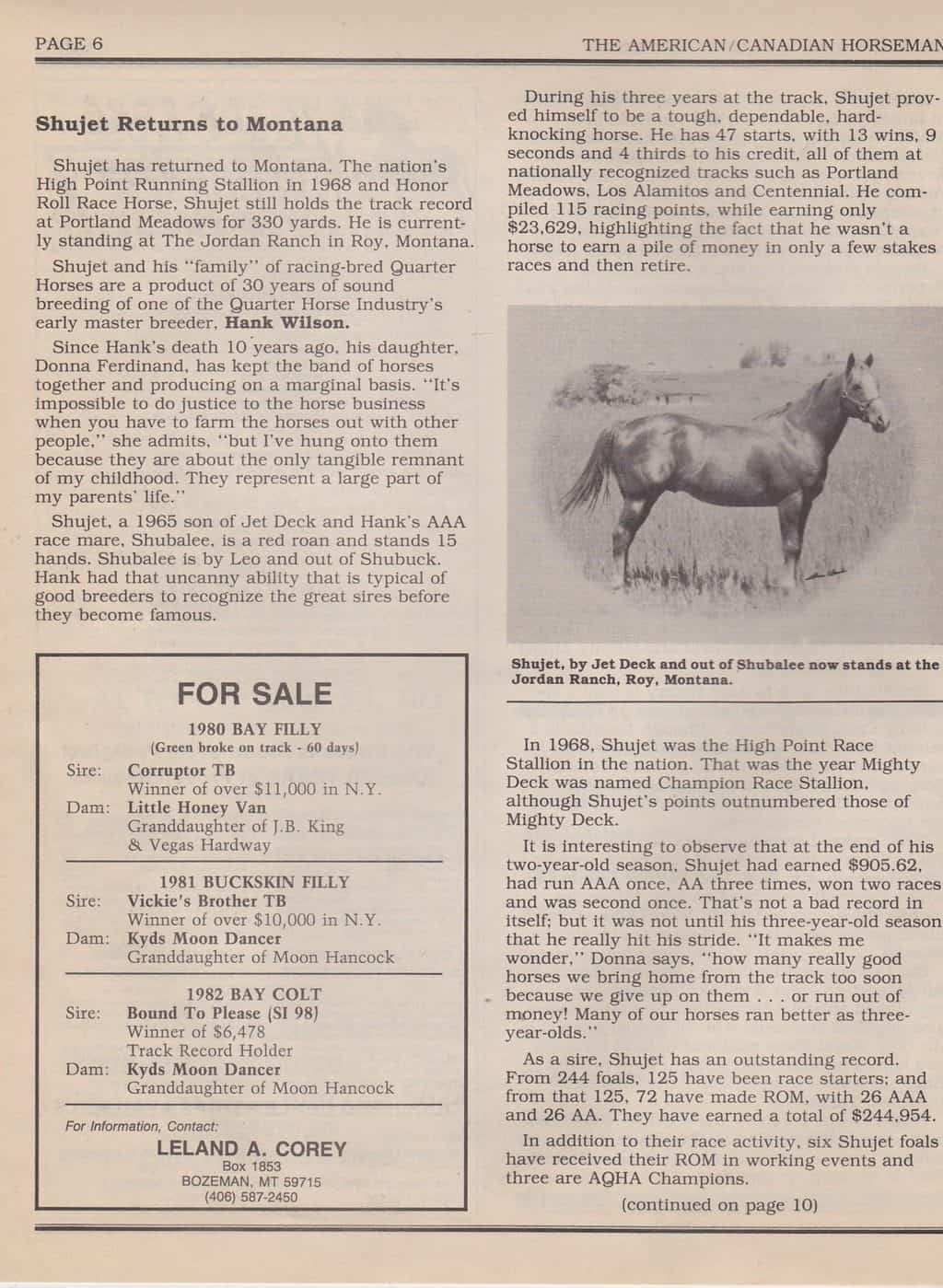 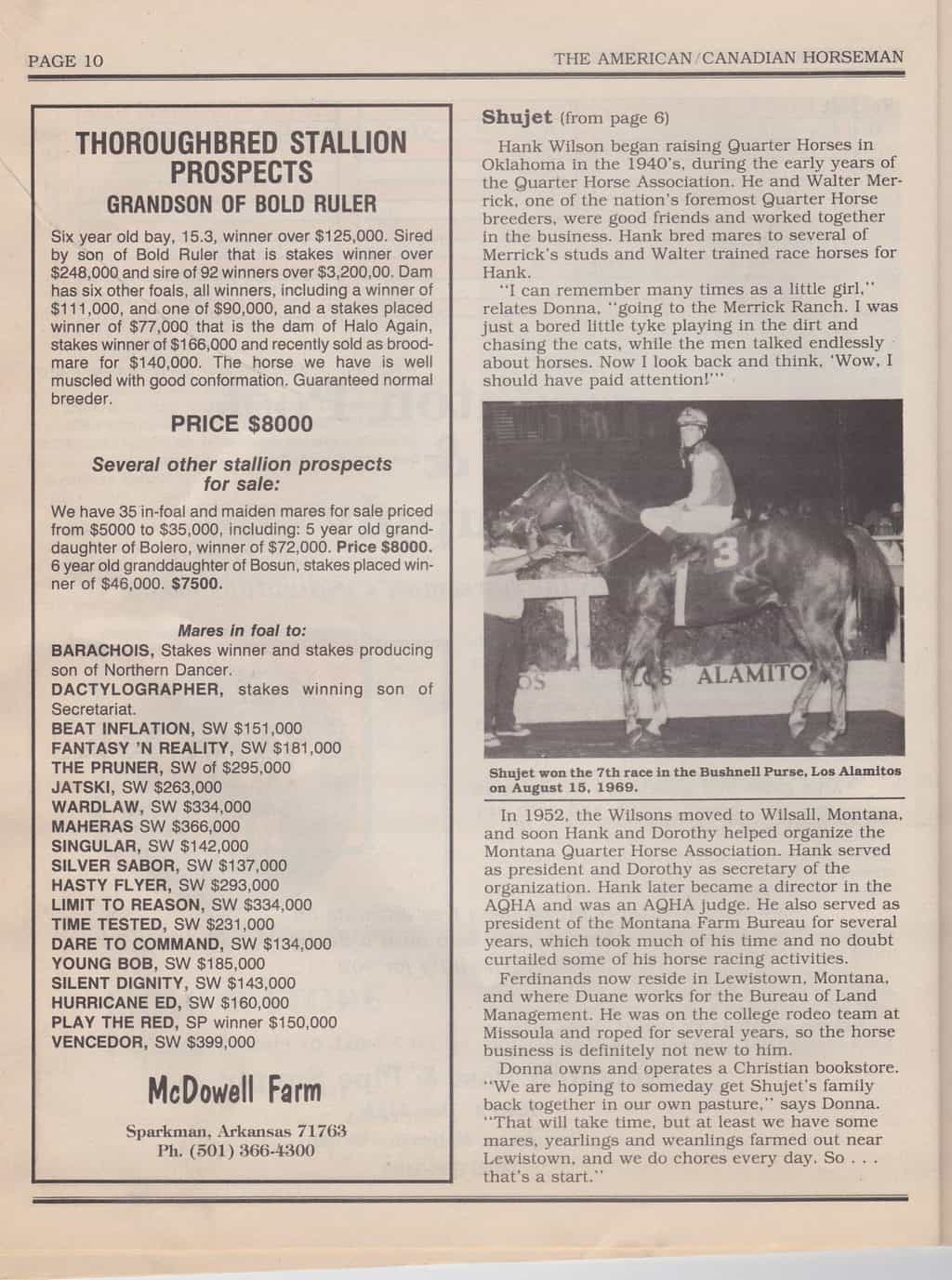 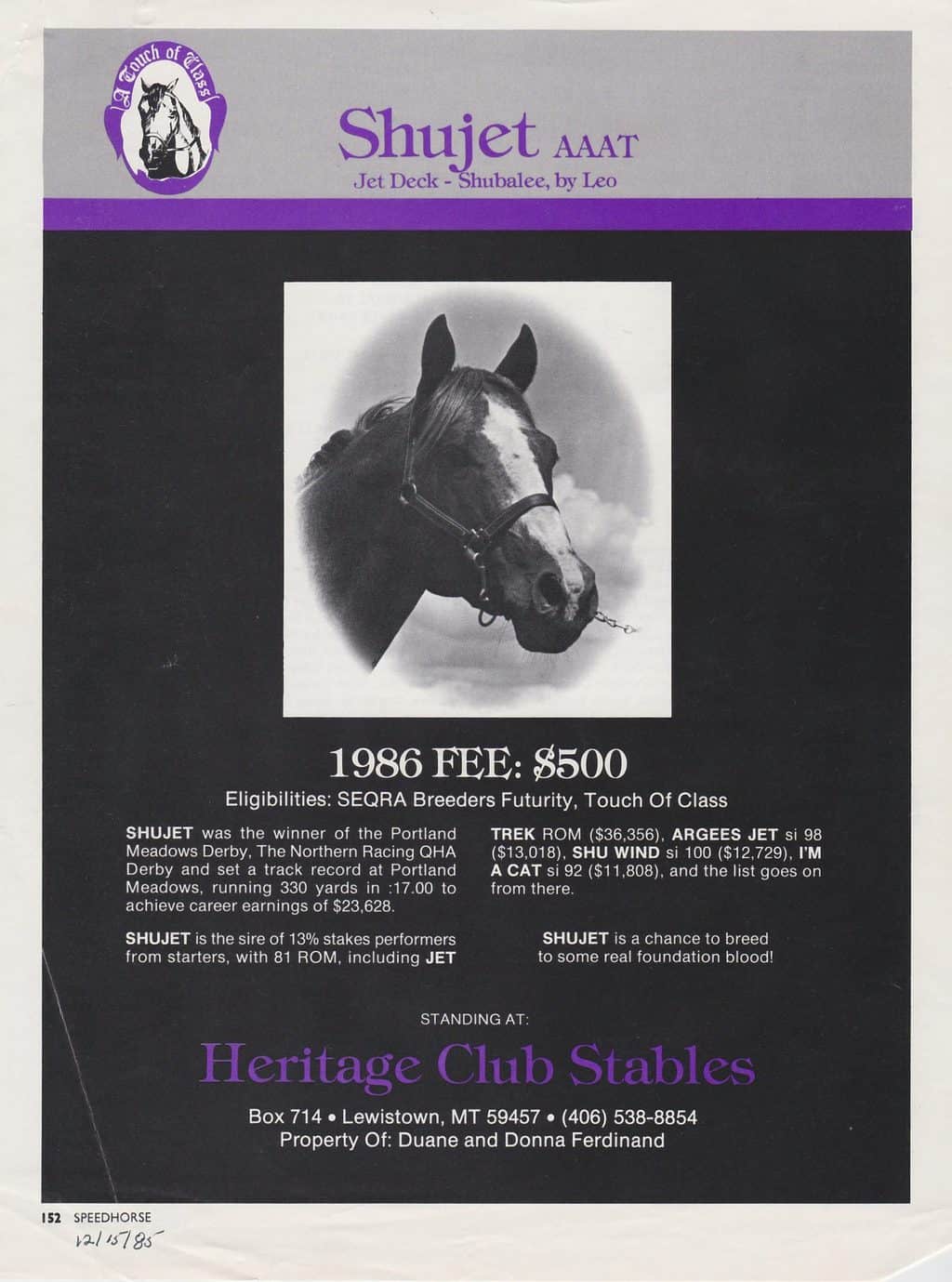 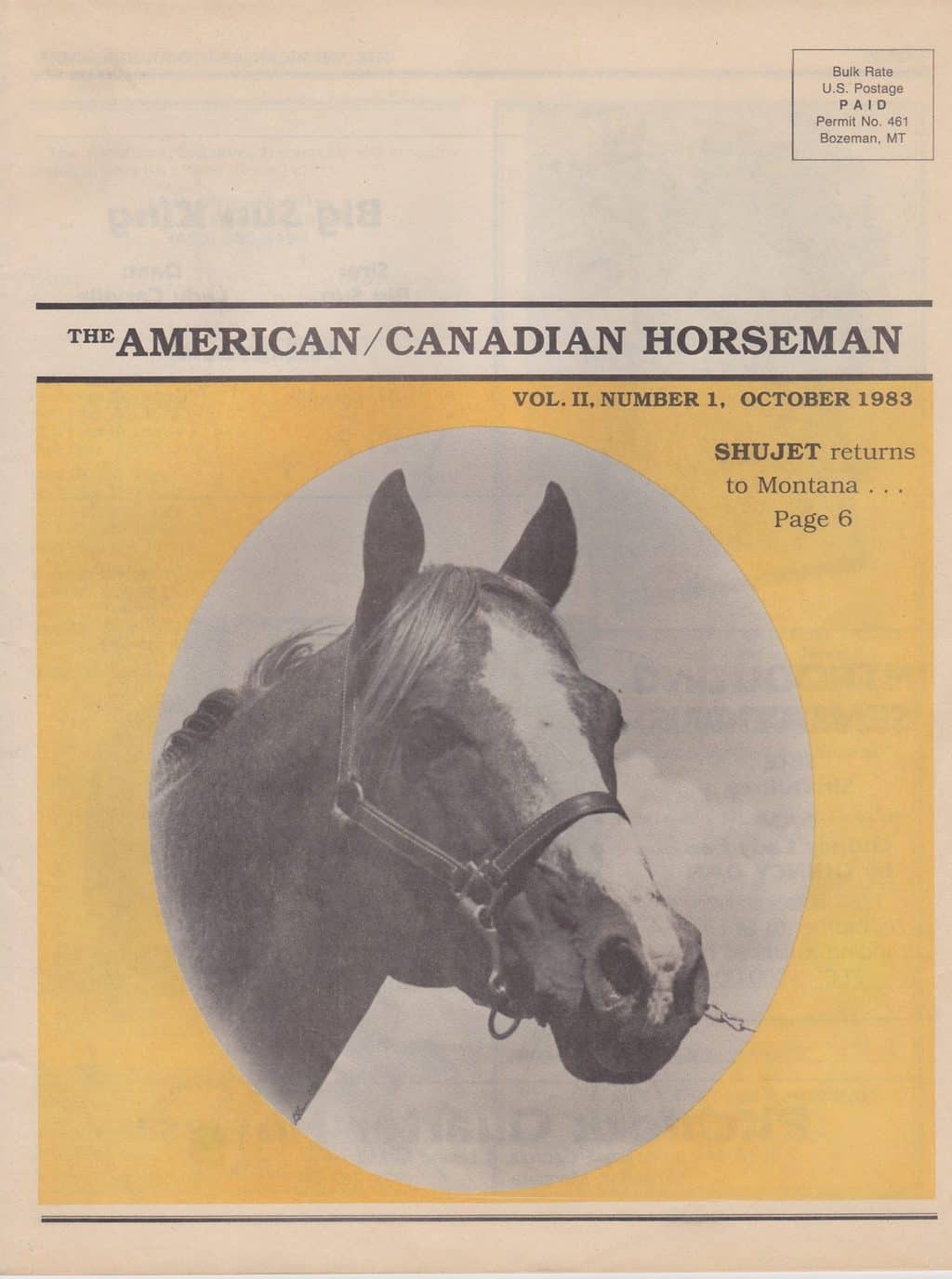 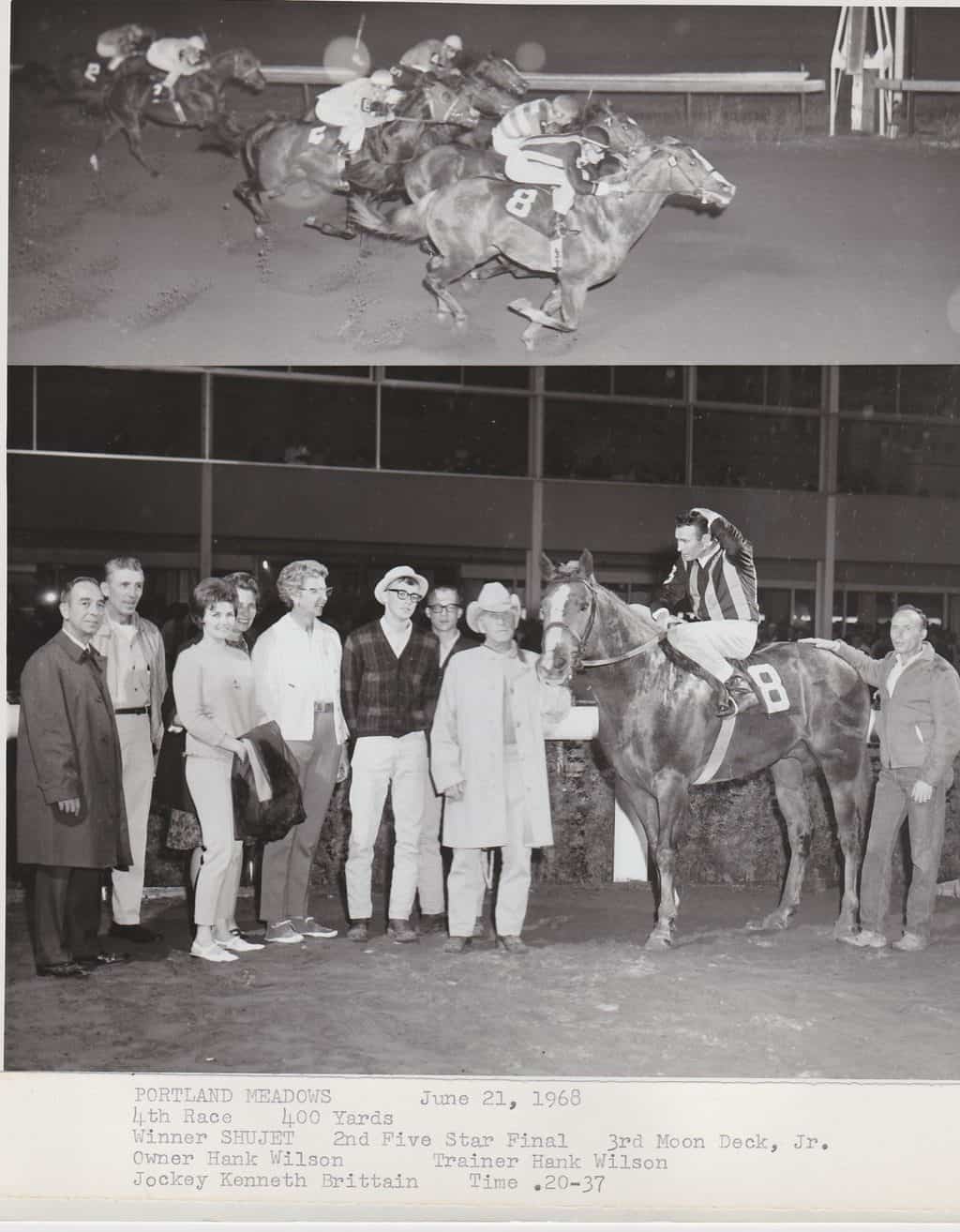 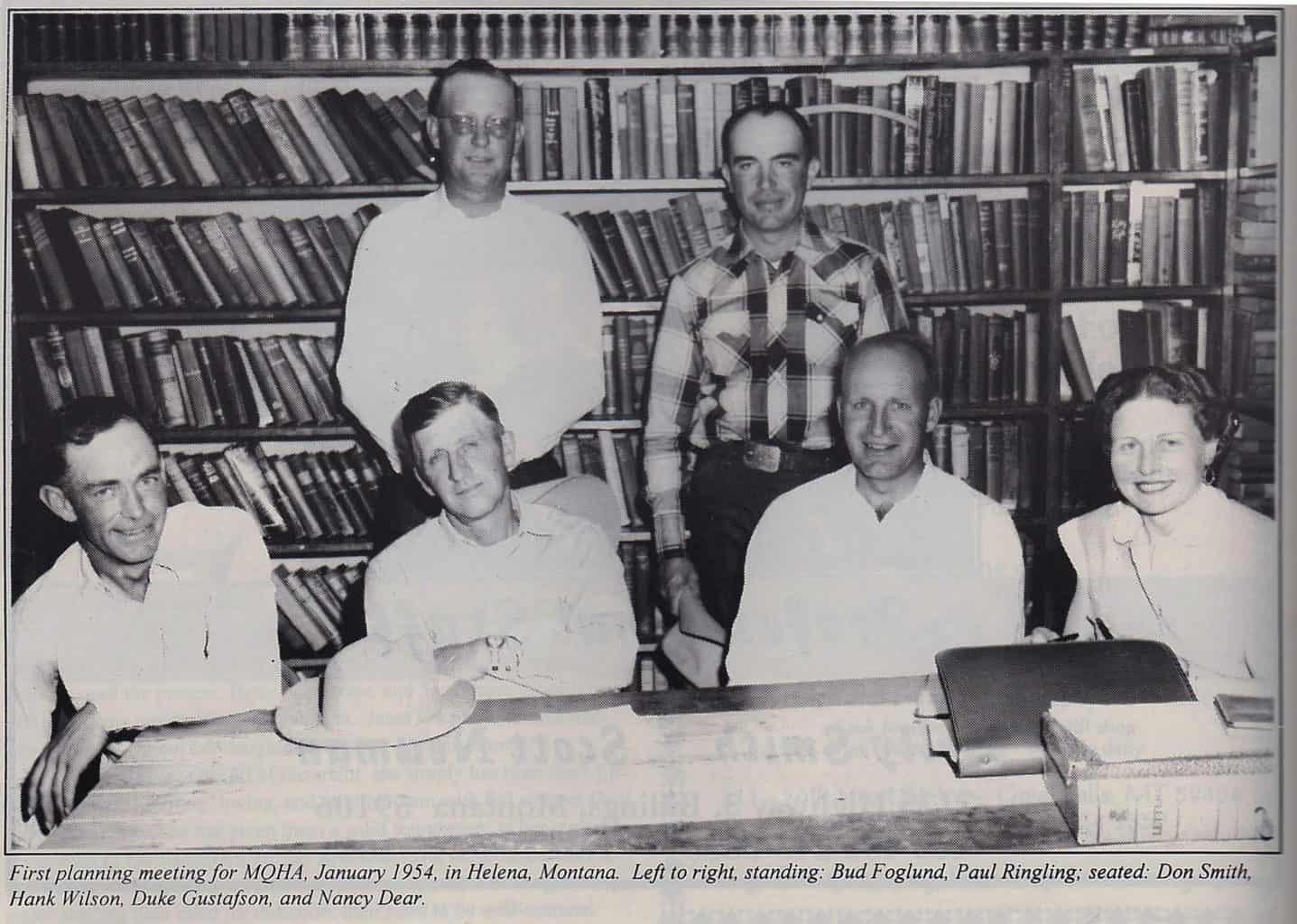 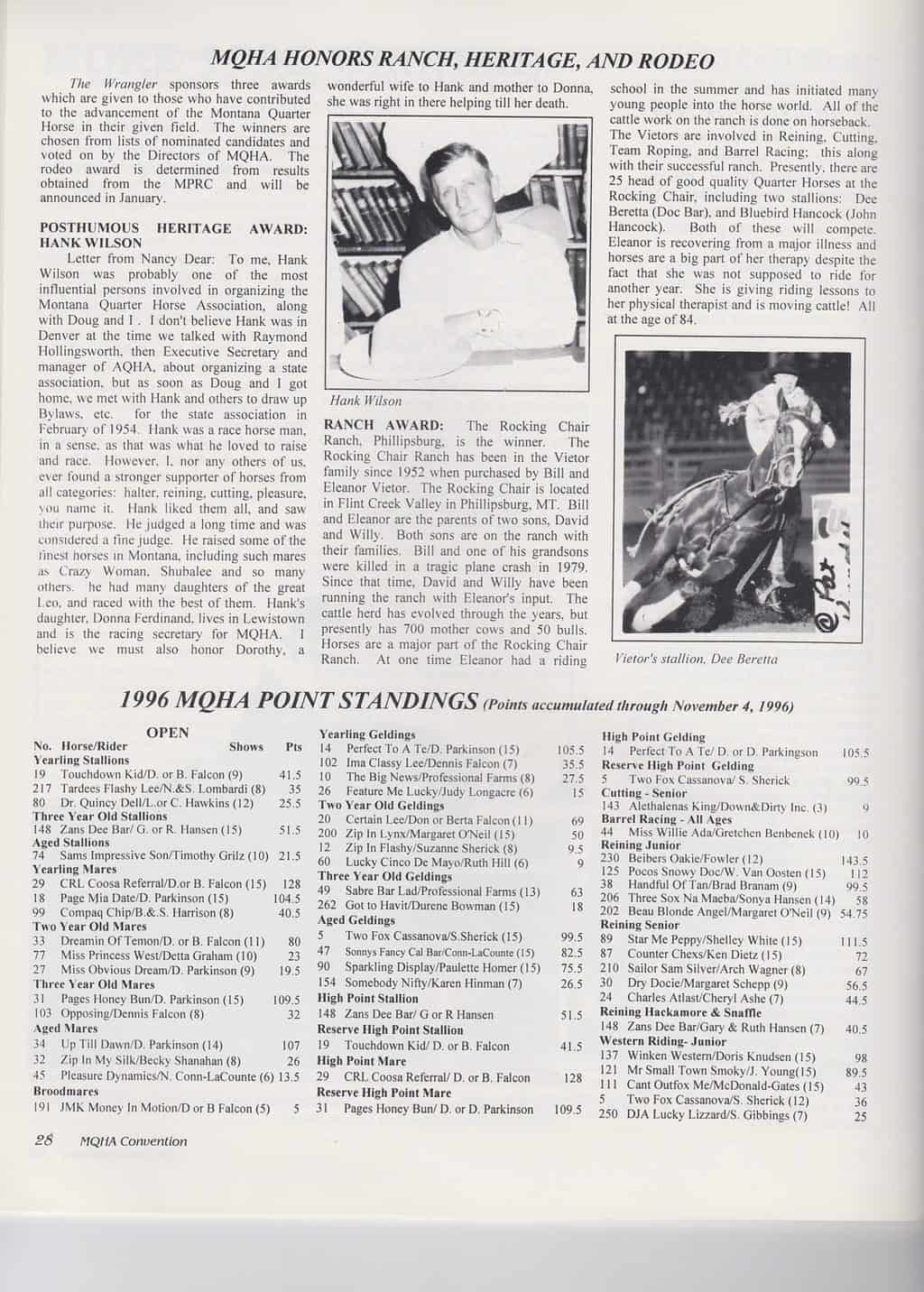 I never met my grandfather Hank Wilson, but I did begin riding the horses he bred and raised when I was about ten years old. Lighting Struckya ran AAA on the track and truly did have lighting in her veins.  Full of…spunk, energy, and lots of go…I decided she was going to be my 4-H horse. Made sense, right?

But consider the sorrow of having the horse that could “lope” several laps around the arena before most had made one lap and then the embarrassment of her snort and skedaddle at every banner, gate…and shadow… and the chagrin of having the horse that was always “fresh”. In spite of it, or maybe because of it, I did learn to ride.  And under the tutelage of trainer Ed Lamb and many blistered fingers later, we did actually work some sense into that mare. 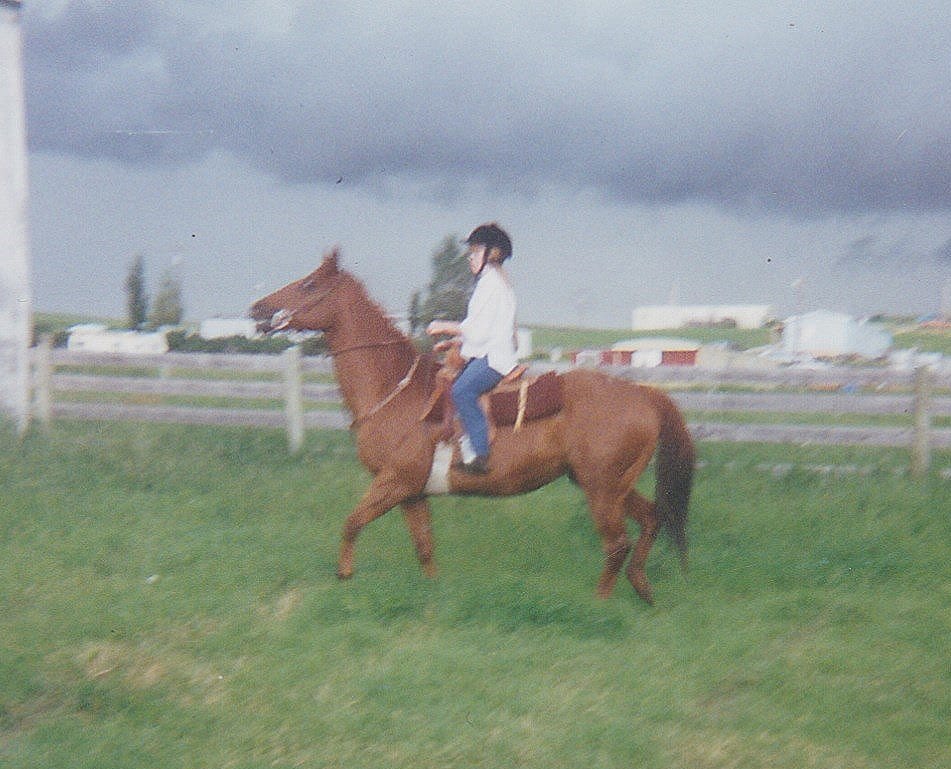 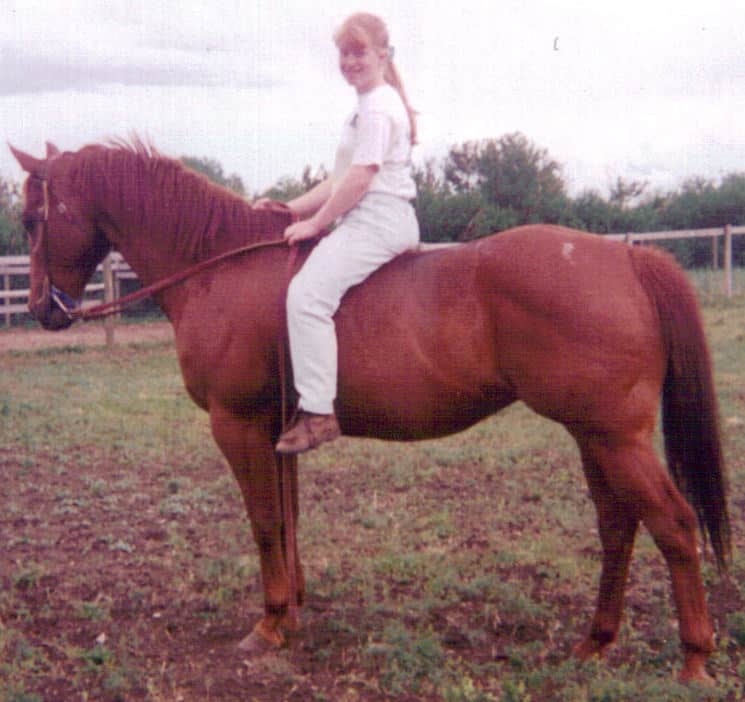 HCS Miss Demeanor, “Missy”, was the first foal that I was able to get my hands on, imprint, and work with from the start.  She was my new project.  And although she had some of her mother’s fire, she also had a lot of promise.

She had a freak accident and had to be put down in 2008 but we did get one filly out of her:  HCS Miss Chevious.  “Lil Miss” is the last of the line from my grandfather’s horses and in his memory, we want to carry on his dream of excellent horses, although not in the racing realm. 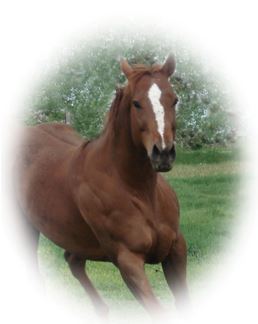 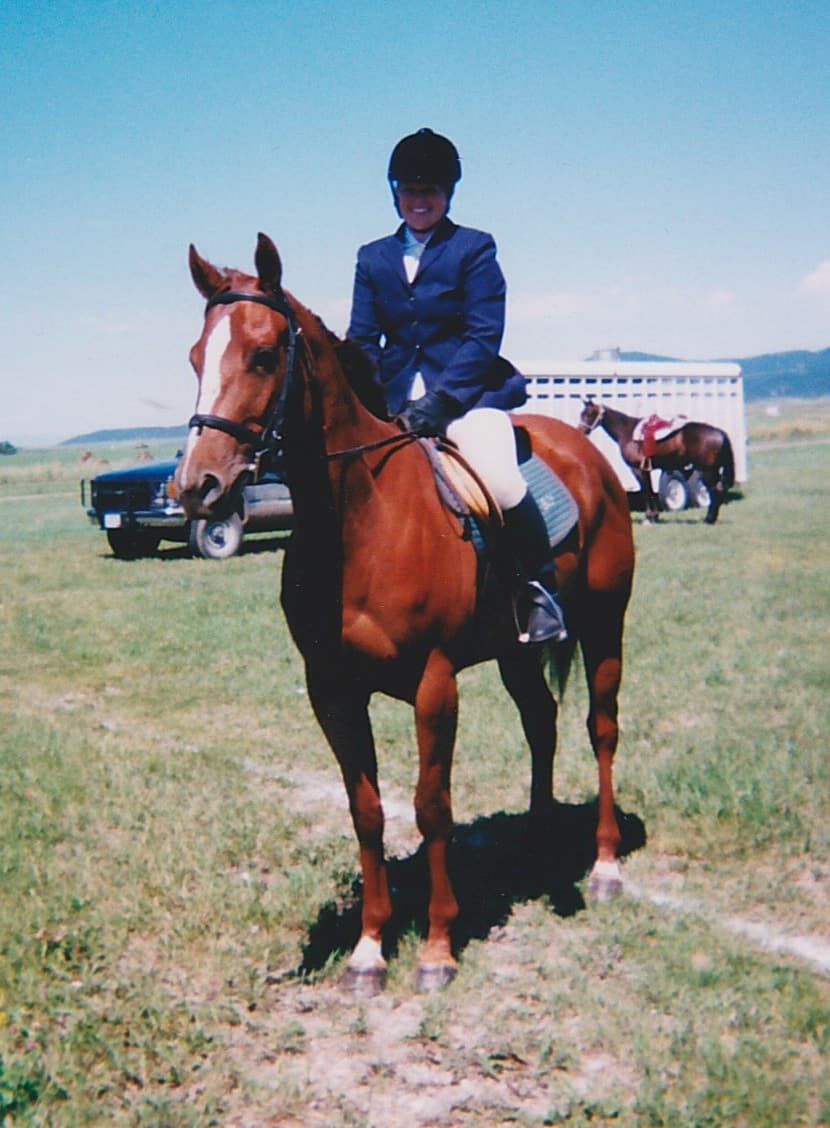 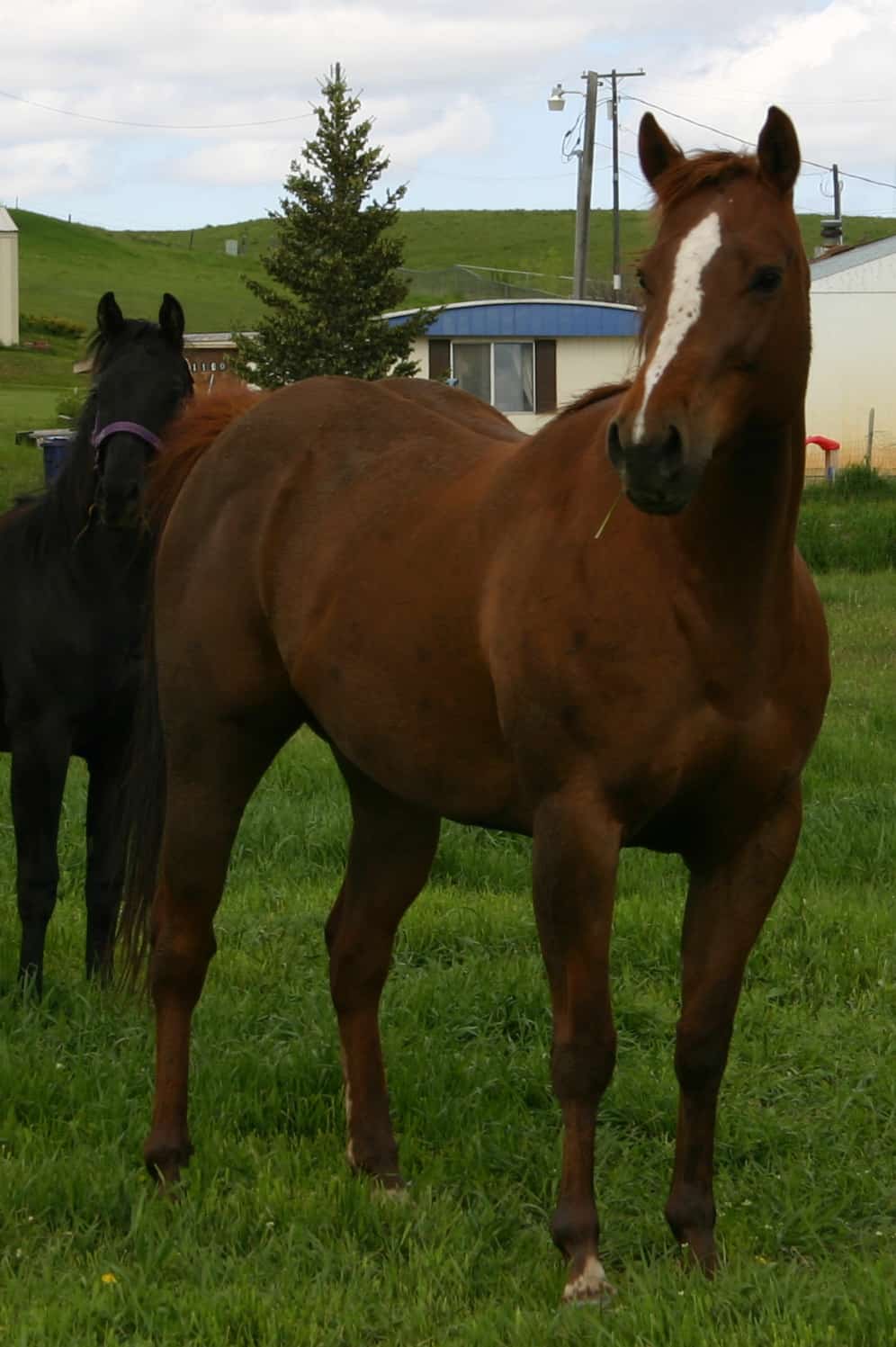 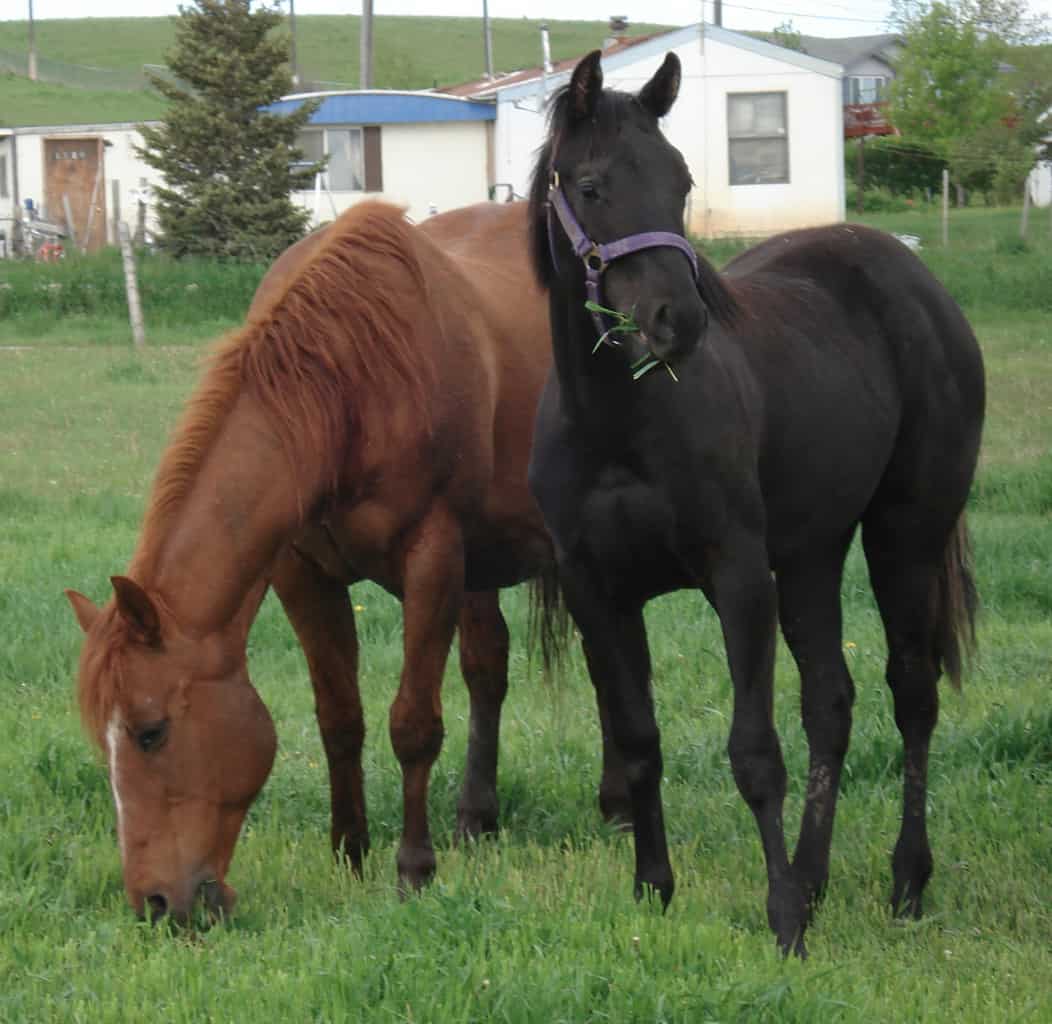 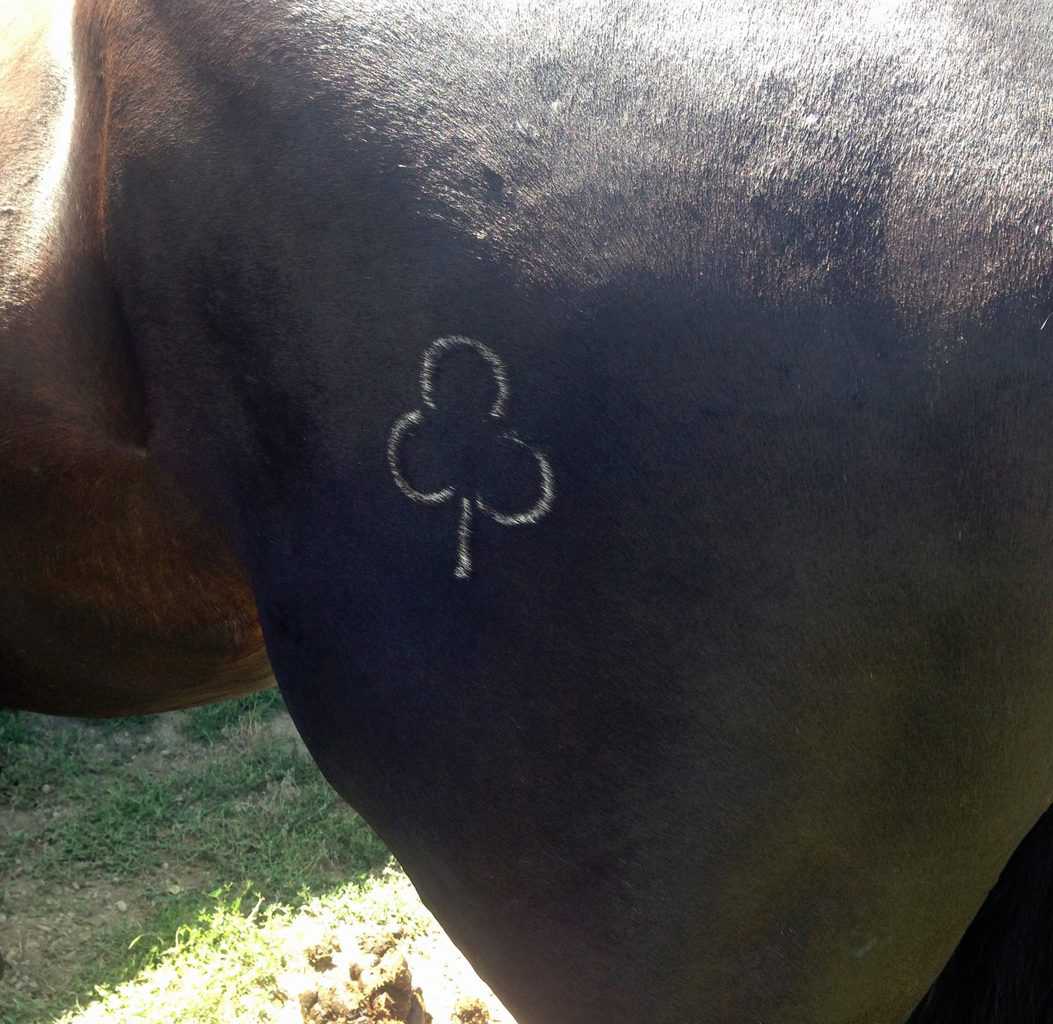 Gary and Wilma Plouffe have a rich history in farming and a great love for horses and wagons.  The Milk River Wagon Train in Malta, MT has been apart of that community for almost 45 years.  And the Plouffes have taken part in the wagon train for almost 40 years. 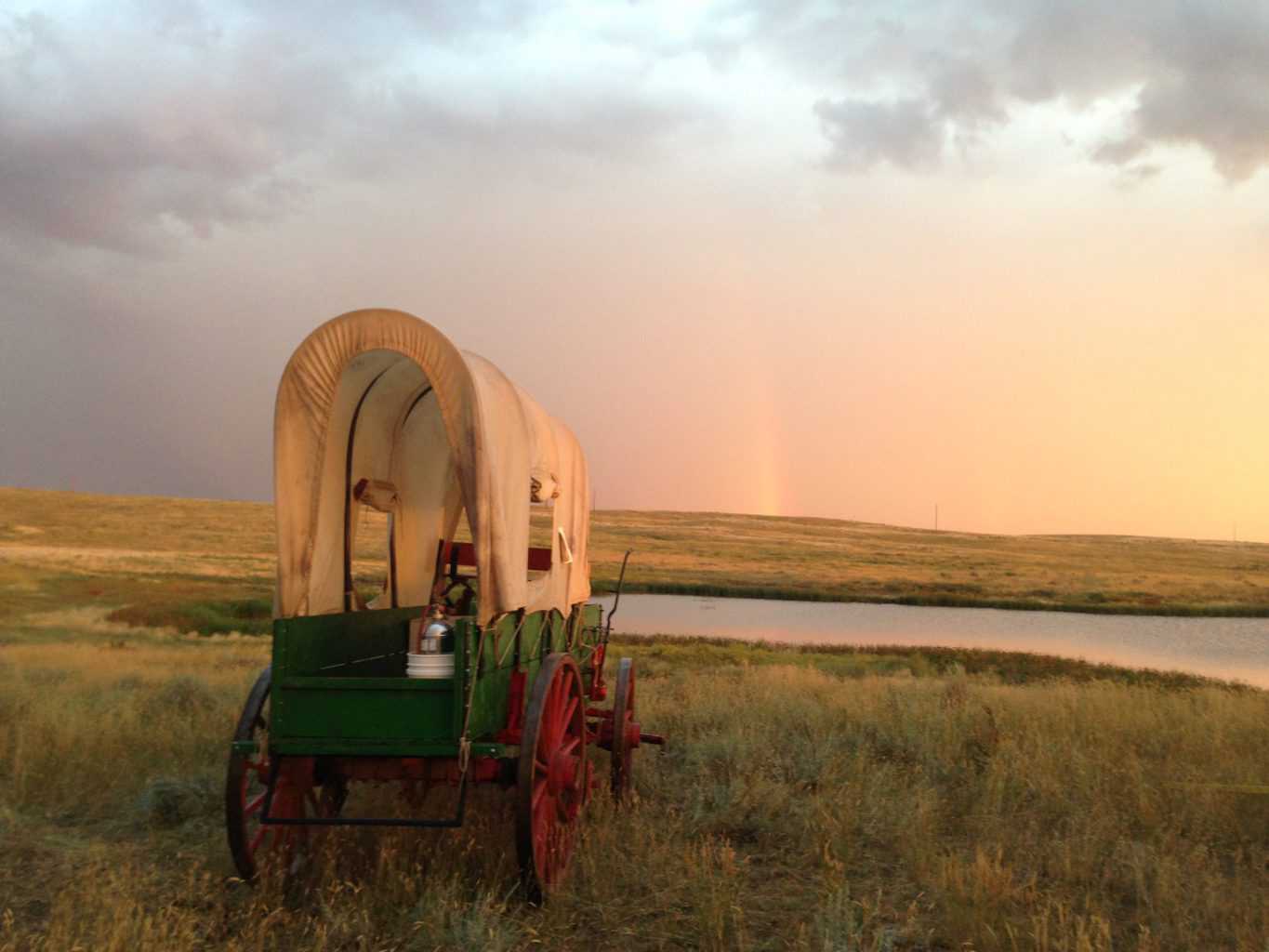 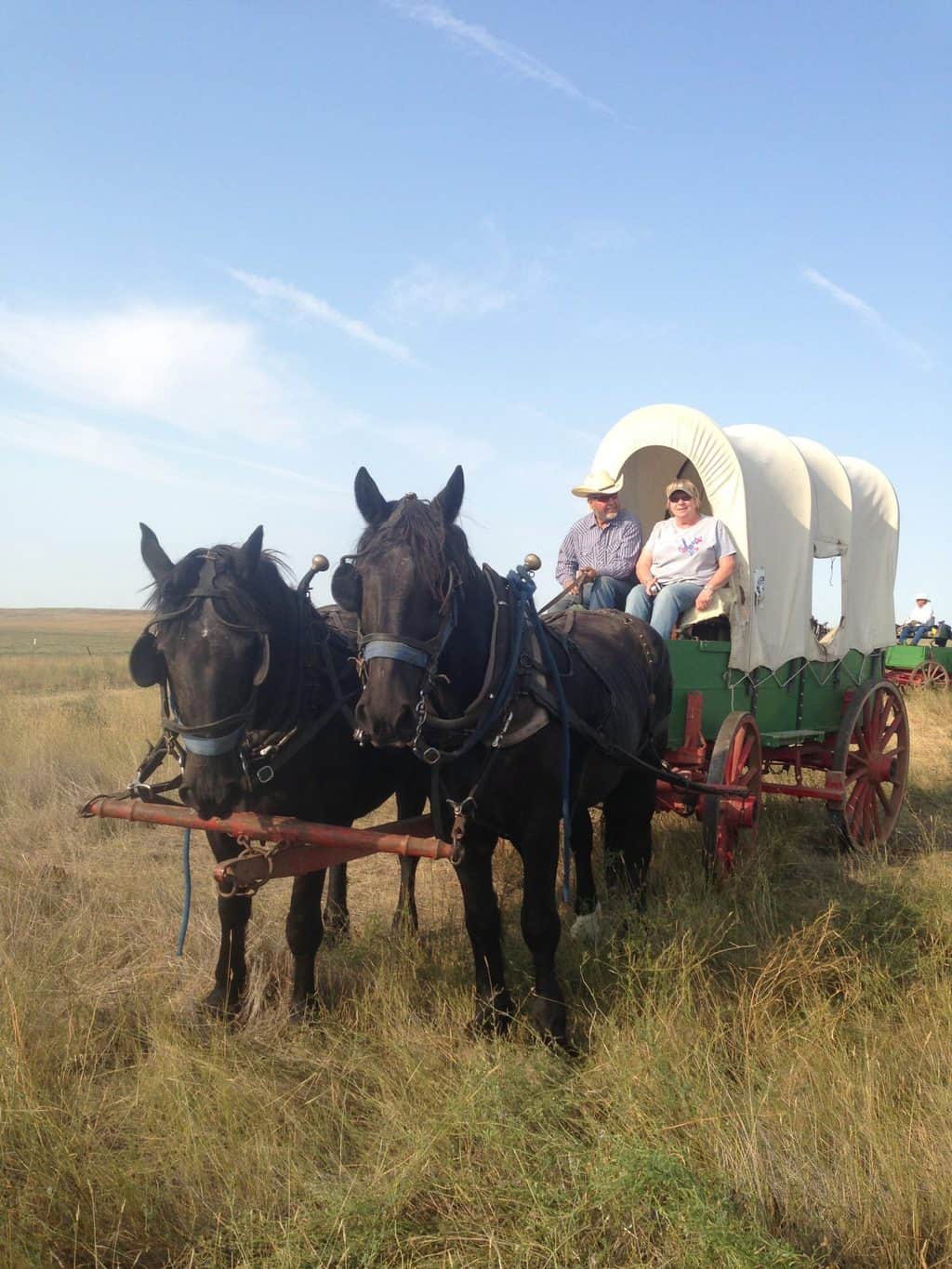 Gary provided the horse and buggy for Bill and Delci’s wedding in 2008. 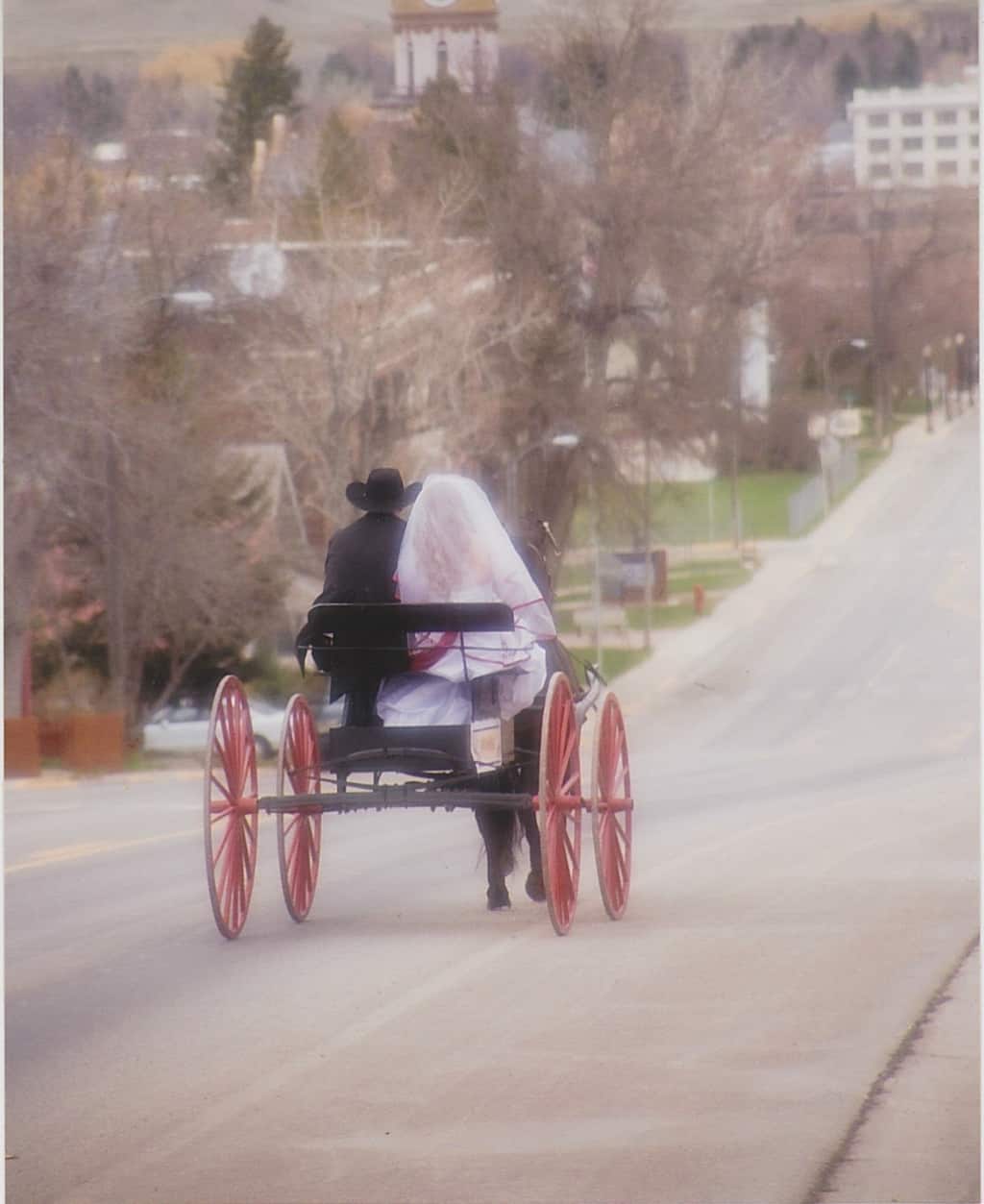 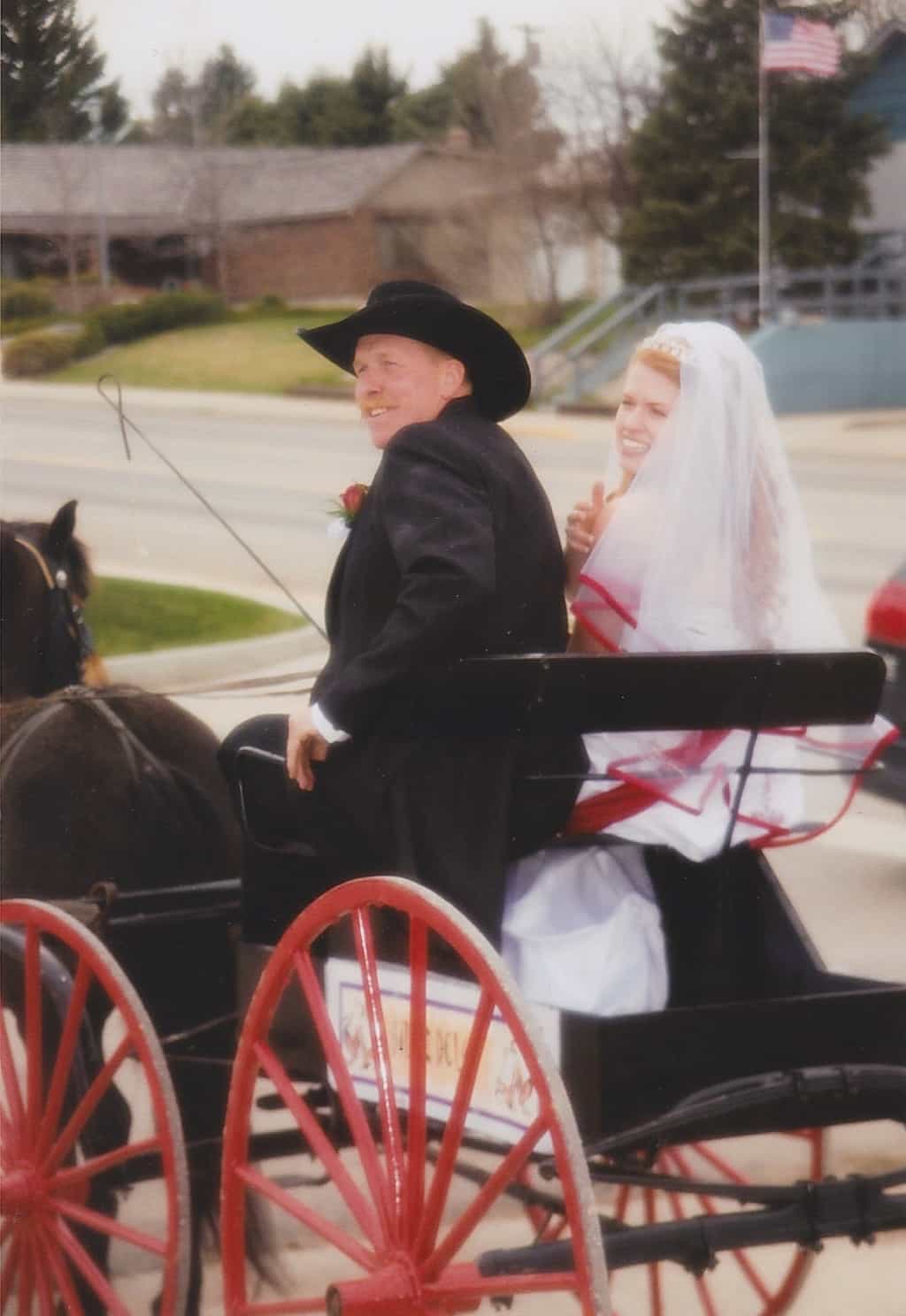 Bill spent the younger years of his life preferring motorcycles but came to his senses. He was a rodeo bullfighter for 13 years. And if you can handle a raging bull, certainly training colts is no problem at all!  More than anything, he loves being on the back of a horse.  And a perfect day for him is when he can rope a cow.  And you just might find him flying down the street in a chariot! 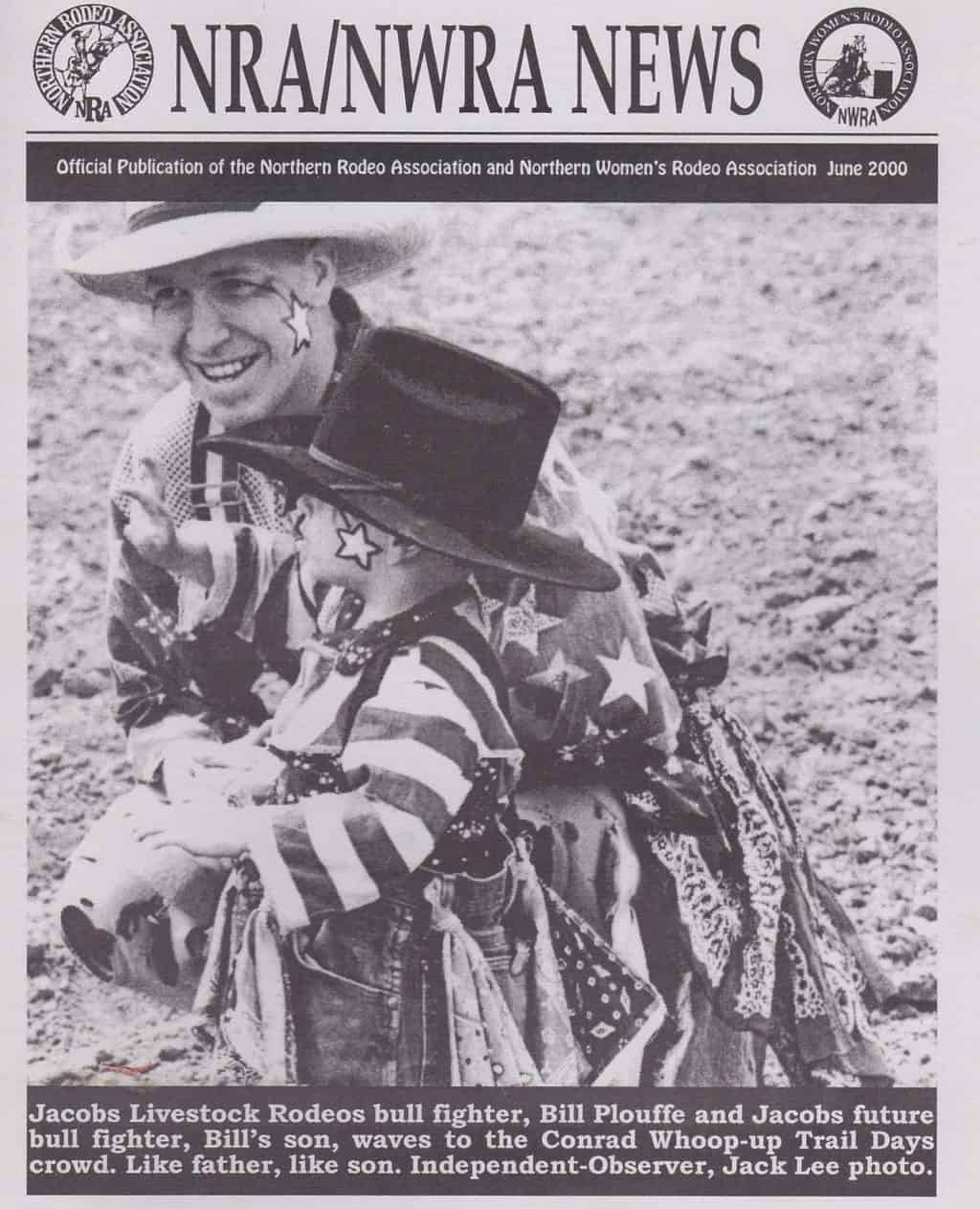 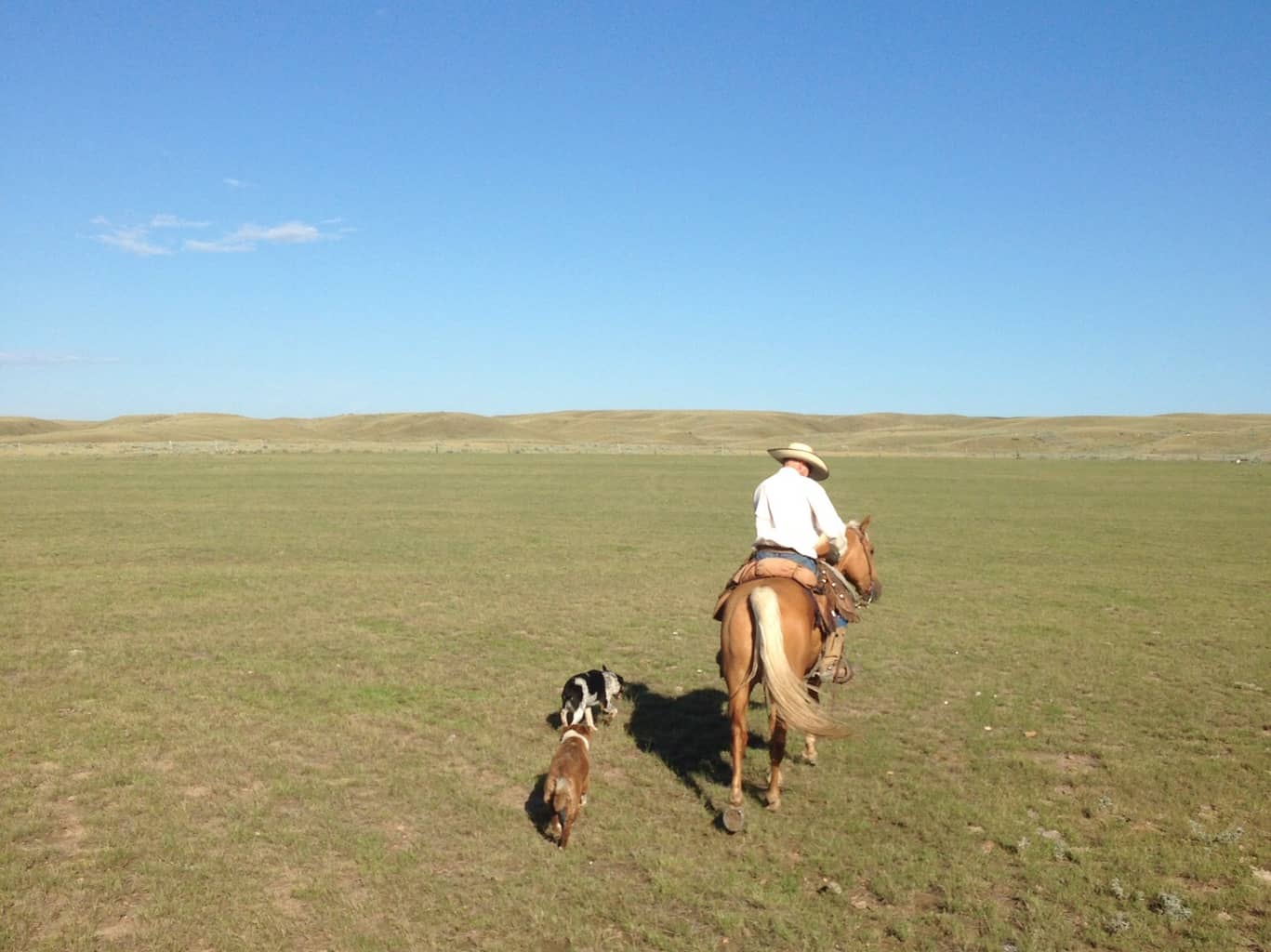 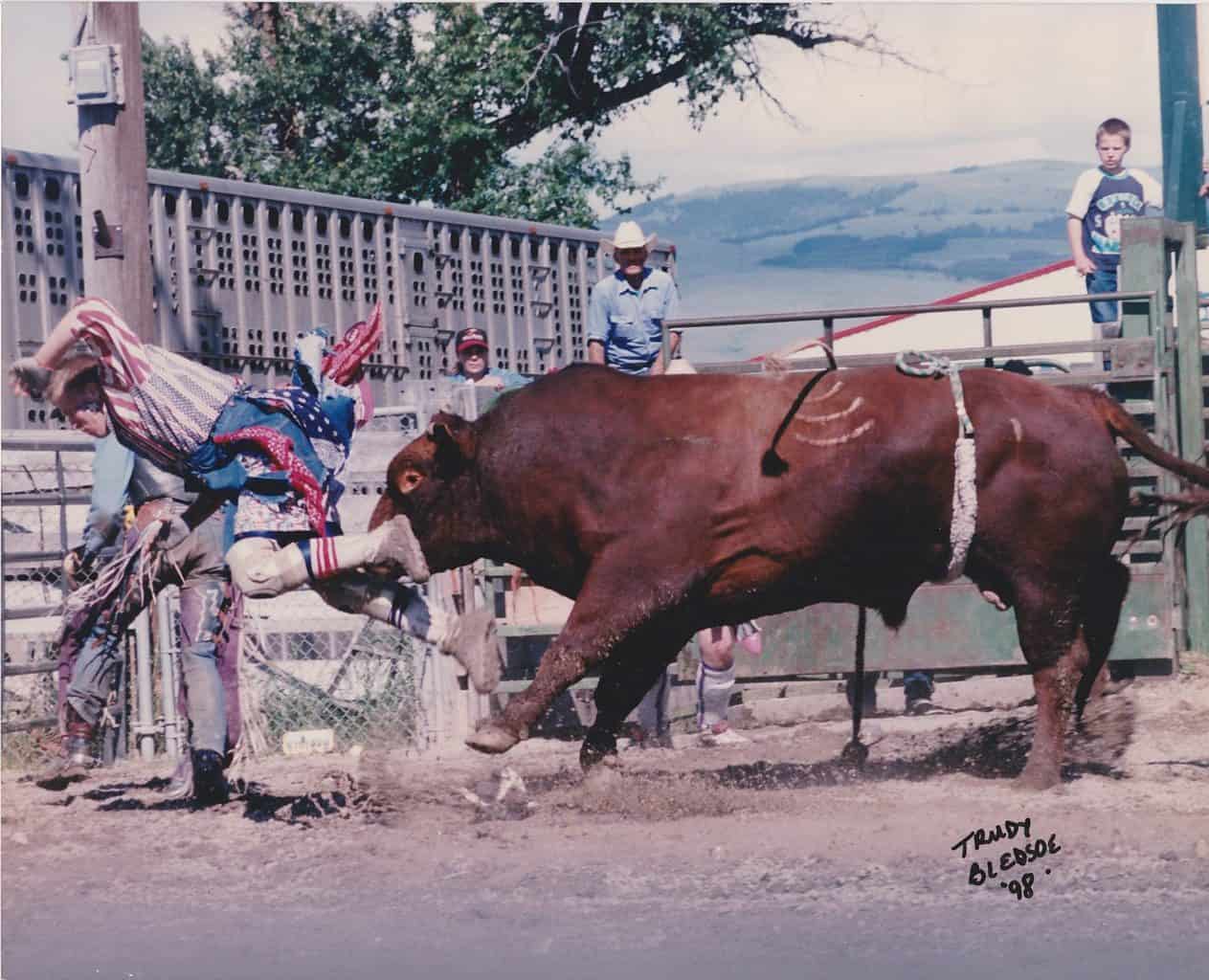