Have you been doing research on the awesome benefits of raw milk and now are wondering if it’s safe to give to your young children and maybe even your baby? Well, that’s exactly what we are going to talk about right now. Is raw milk safe for you? And is it safe for babies and kids? 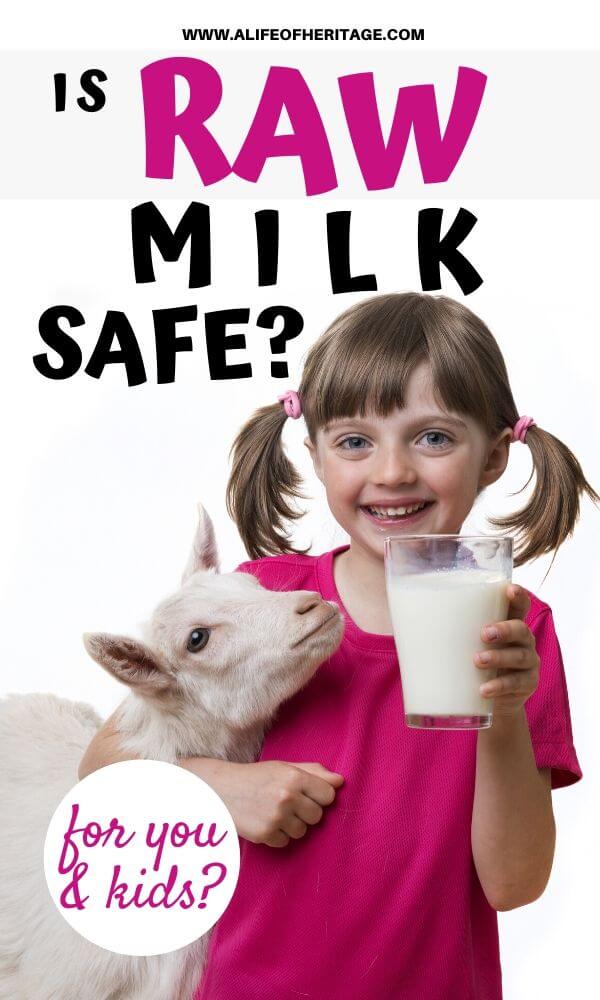 It’s no secret that I drink three glasses of milk a day. Raw goat milk. Freshly squeezed the day before.

And my kids, now 6 and 4, gulp down the milk right next to me. And then turn to me with Cheshire grins and say, “Hey, Mom! Got milk?”

We’ve had milking goats for about 5 years which means my kids have been drinking raw milk basically their whole lives. They went from breastmilk to goat milk. So, you can imagine where my stance is on this subject. But I think it’s worth exploring some more, don’t you think?

Because my mere opinion at this point doesn’t really mean much to you, I imagine. But I think watching this video called The Astounding Benefits of Goat Milk will really help us get to know each other a bit better and will show you how absolutely marvelous raw goat milk is for your body.

But what about young kids? And babies? 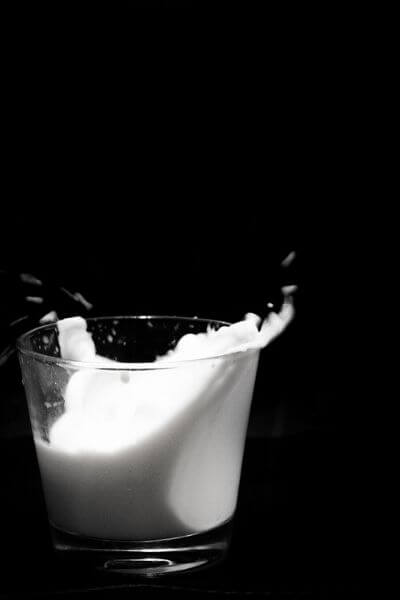 I recently began thinking about all of this because these questions were emailed to me concerning raw milk. And they’re really good questions.

This is what was asked:

I too believe that raw milk has many benefits. However, I have some concerns of giving raw milk to my two-year-old son. I’ve also heard that drinking raw milk while pregnant can be risky. What are your thoughts on these matters?

And this was another email of questions:

I have a question for you regarding raw milk.  My family and I just got goats last year and we drank the milk raw all last summer.  It was so delicious!  However, we recently learned that goats can carry diseases that people can catch too and that pasteurizing the milk will remove these diseases from the milk.

Now, one would begin to think that raw milk is dangerous especially since so many states, including Montana, have banned the outright sale of raw milk. Banning and controlling the sale of something would make one begin to believe that it’s extremely dangerous, right?

And then the Center for Disease Control and the media are bombarding us with “the facts” and telling us that raw milk is dangerous for human consumption.

And it can be if we are all, including myself, being truthful. I’m not going to patsy around and stand on a soapbox and say nothing negative has ever happened regarding raw milk.

It has. But I believe mostly it hasn’t. 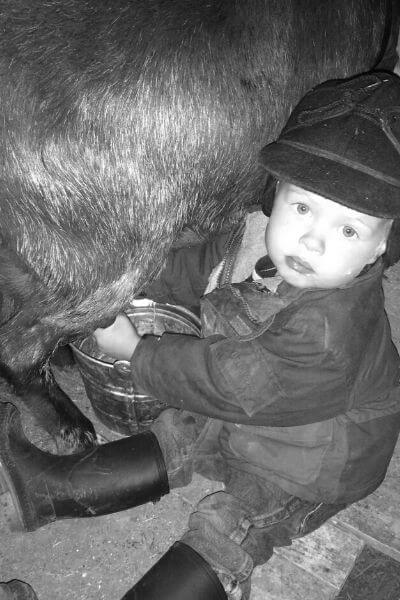 In fact, I’m not the only one who believes this and thankfully, there are others who have taken the time to prove it.

Dr. Chris Kresser set out to find the truth about raw milk. The unbiased truth. We need a bit more of that these days, don’t you agree?

And even more importantly, is that when we have the complete truth on a matter, we can…or rather, SHOULD be able to then make an informed decision for ourselves and our families. Why is that right being taken away from us? Well, I personally, believe it shouldn’t be.

I like how Chris, in his article linked below, said this, “I’m not here to convince anyone that they should drink raw milk.  That’s a decision each individual has to make on their own by weighing the potential risks against the potential benefits.” And I’m standing here saying the same thing to you. In the end, this will be a decision that only you can make.

Curious about what he discovered? I like the fact that he took the actual documented reports and didn’t skew the results to support one side or the other.

But this is what he found, put as concisely as possible.

There are over 10 million people in the United States who drink raw milk on a regular basis. Sometimes, honestly, I feel like a fish out of water when I mention my love of goat milk. But how reassuring to know that my family is not the only one enjoying this superfood! 10 million people! That’s quite a lot!

…you have a greater chance of dying from eating raw oysters than you do of getting sick from drinking unpasteurized milk.

…and as unlikely as dying in a plane crash is, it’s about 3 times more likely than becoming hospitalized (not dying) from drinking unpasteurized milk.

So, there is a risk. There is a very small risk of .00106% (or one one-thousandth of a percent) of getting sick from drinking unpasteurized milk and you have about a 1 in 6 million chance of being hospitalized from drinking raw milk.

What you need to be concerned about is that piece of lettuce you’re putting in your mouth right now. Or that raw oyster…now, just wait a minute…why are you eating raw oysters?? Now that, my friends, is beyond my comprehension! 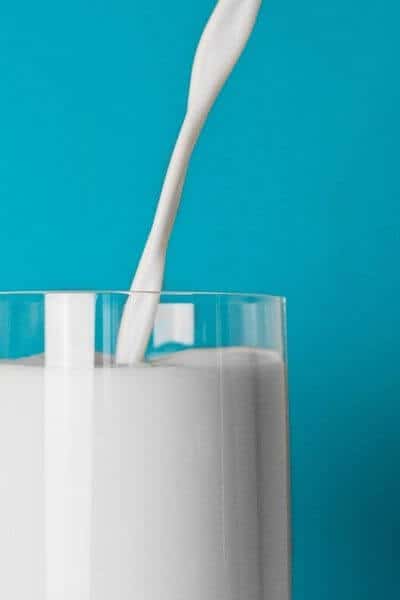 I would say that with all that’s been mentioned so far, there is pretty solid evidence that raw milk is in fact pretty safe.

It is important to mention, however… that IF the milk is contaminated in any way, that the risk is more heavily weighted toward young children (under 3-4 years old), pregnant women, the elderly and those with less developed or compromised immune systems.” ~Source But even with this higher risk, hospitalizations are extremely rare.

So…you have a very important decision to make…

Will you get in that car to go to the grocery store? Or stay safe at home, away from the wiles of crazy drivers, slippery roads, and distractions?

I believe that some really good evidence has been put before you about the reality of the dangers…or lack of dangers… of raw milk.  And now it is up to you to decide.

I can say for myself that I would, without hesitation, feed my very young kids raw goat milk. In fact, I’ve raised two of them on it since I stopped breastfeeding them around 2-years-old. And if I ever were to have another child and for whatever reason was not be able to breastfeed I would also turn to goat’s milk to be their primary source of milk.

If you, like me, have decided that raw milk isn’t as scary as the media has made it out to be, and are considering getting raw milk to feed your family, then you should consider these things.

From my perspective, I’m going to be giving this advice to those who are interested in raising their own goats for milk and for those who are looking to get milk from a small farm, with just a handful of dairy goats. I don’t have experience with a large number of milking animals or milking cows on a regular basis or finding milk from a larger raw milk dairy. 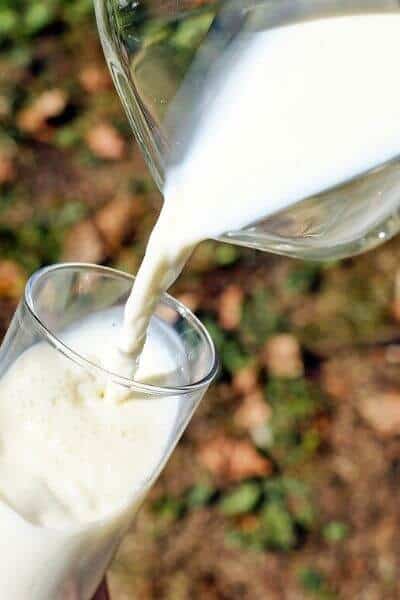 You may bring goats home for companionship and milk and it will be your responsibility to handle your goats with the utmost care, cleanliness and to take care of your milk properly.

When you buy goats, buy them from a reputable seller who has taken great pride in raising goats and in breeding animals that are hardy, resistant to disease and worms and who are healthy all around. And then, raise animals who display those same qualities.

And when you are looking to buy raw milk from someone else, you need to know that all of what I’ve just mentioned is being done with the goats who are providing the milk you’re drinking.

Your milking area needs to be kept clean and clear of all animals and poop. The good news is that goats don’t poop while they are on the stand (at least mine don’t!) but keeping them locked out of that area during the unused times will keep it clean. Also, keep chickens, and all other animals out of the milking area as much as possible.

In the summer months, you will want to keep the area as clean as possible to avoid flies. Good fly control is important.

Milk handled improperly does have a higher chance of becoming contaminated. Within the protection and perfect environment of the udder, the milk is in a perfect state and handled to perfection. But the moment it leaves the teets, you have the responsibility to handle it correctly.

Here are some tips to keep your milk in tip-top shape:

Ensure the health of the milking animals.

Keeping animals clean, your area clean and milking properly will help ensure that your goats don’t get mastitis.

Make sure they always have fresh, loose minerals available. Make sure they are getting adequate copper. This will help them in many ways, but keeping their worm load under control is important and copper will help with that.

Read more: Copper Boluses for Goats and Is Copper Safe During a Goats Pregnancy?

Keep a closed herd. Bringing in new animals or exposing your breeding animals to untested and unknown animals also puts you and them in danger. You don’t want to expose your goats to disease and sickness and then have to deal with the consequences of that.

If you 0wn goats, you need to have a goat management system in place. So pick up My Goat Binder linked here, like hundreds of others, have before you. 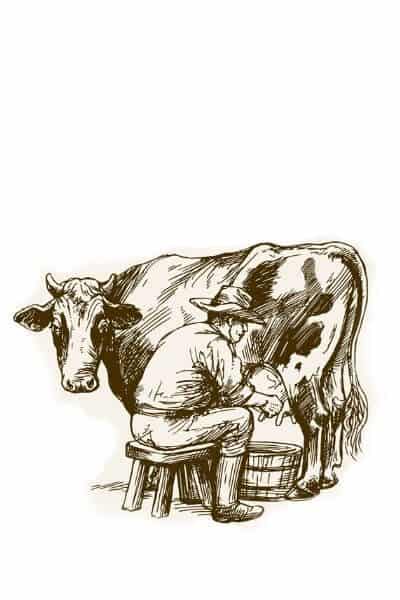 I have full confidence in the health of my goats. And I have full confidence in my raw goat milk. I’ve been feeding my family this great tasting, enzyme filled, superfood for over 5 years and we have never had any problems. I believe we are healthier because of it and are able to avoid many of the sicknesses that make the rounds during sick season.

I’ve made my decision. What will yours be? Comment below your thoughts on this subject!

I encourage you to read these articles linked here: Raw Milk Reality, Is it Worth the Risk?, Raw Milk Benefits Skin, Allergies and Immunity

They go into great detail the numbers and percentages and gives the full picture of how the CDC has skewed the data when they claim that you are 150 times more likely to get sick from raw milk when the reality is that consuming seafood, poultry, eggs, beef, pork, and produce have a much higher reality of making people sick. Raw milk is at the bottom of that list!

So, there you have it. My thoughts and take on raw milk. I believe raw milk is good for my family and I believe I, and everyone else, should be allowed to make an educated decision on this subject as well.

I tried raw goat's milk once, it was horrible! The taste was like chewing a dirty sock ! You'd have a hard time getting me to try again ! Oh than there was the cost , expensive !