Are you thinking about raising turkeys? If so, you need to know which turkey breeds would best suit your needs and desires. Below you will find the list to give you a great head start in which breed to choose! 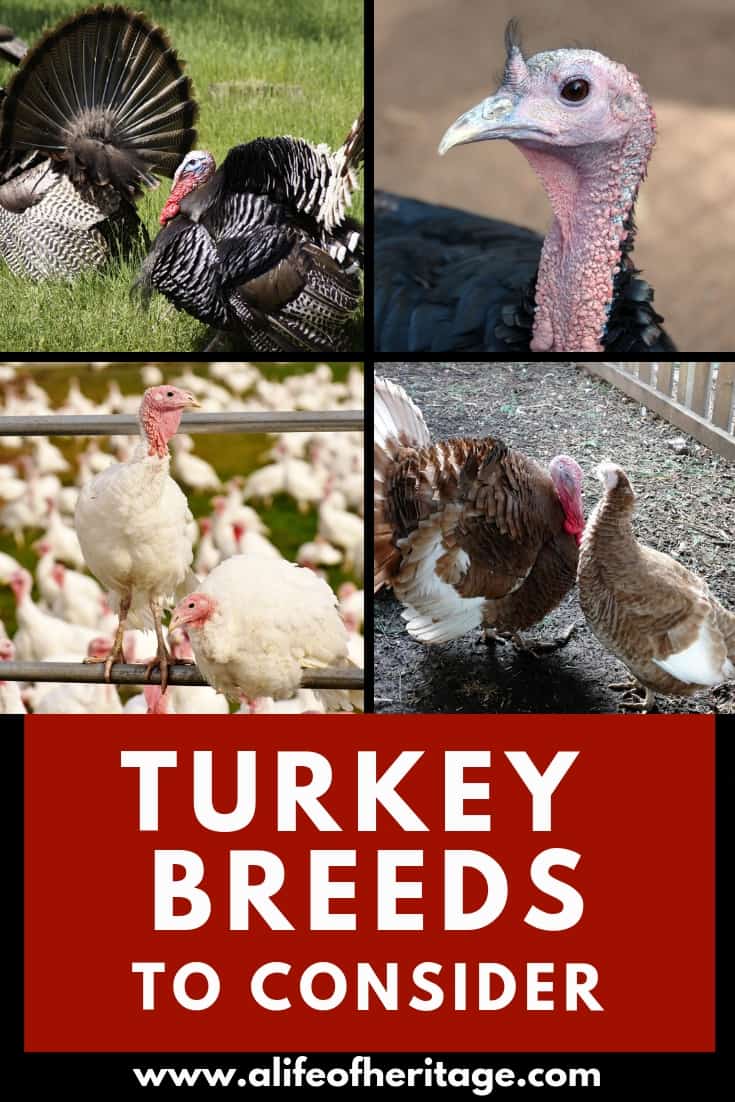 This turkey and his sidekick, “work” at the ranch my husband rides for. They are continually in the middle of any action and “showing off” quite grandly. And despite their show of not wanting to be picked up, they secretly are vying for the attention.

Their puffing, and circling call out, “pick me up! Gobble, gobble! Pick me up!” 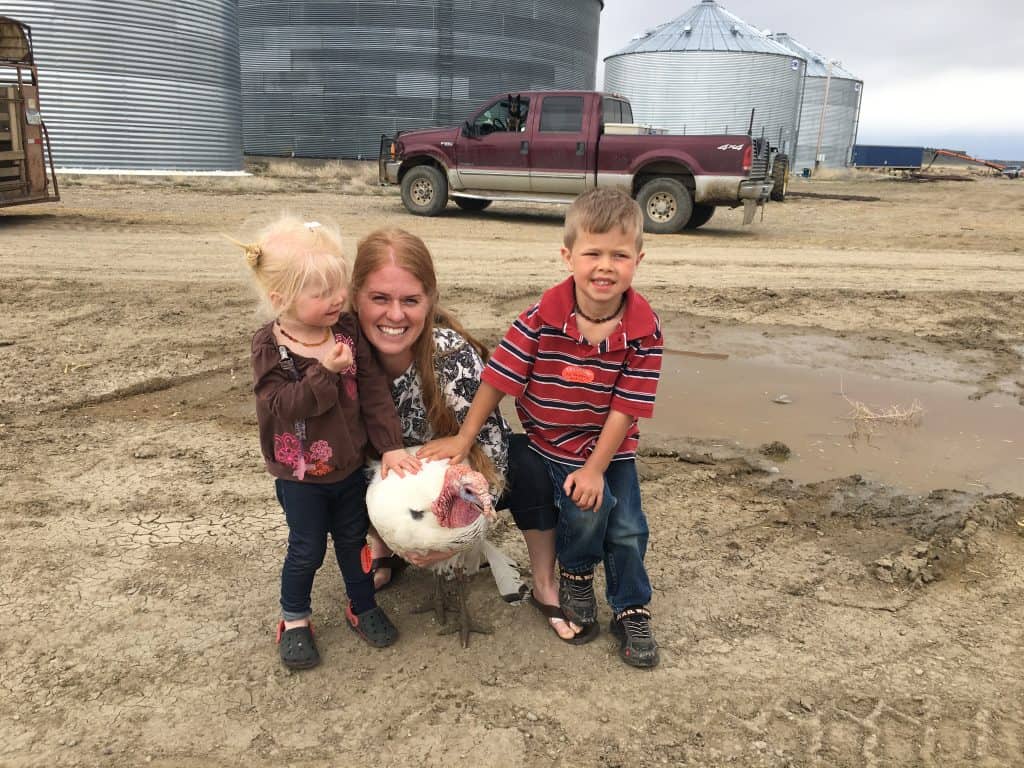 Are you curious about what turkey breeds are wandering around our world and maybe even trying to decide which turkey breed is best for you?

**Turkeys are actually identified by VARIETY not breed. The list below will be the different turkey varieties that are available and the information about each one.

In the 1930s, this breed was developed and has become a great breed of prolific egg-laying turkeys. The hens set and hatch well. They make a good table bird, with a larger breast than the Midget Whites but it’s agreed that their meat is blander than other heritage turkey meat. 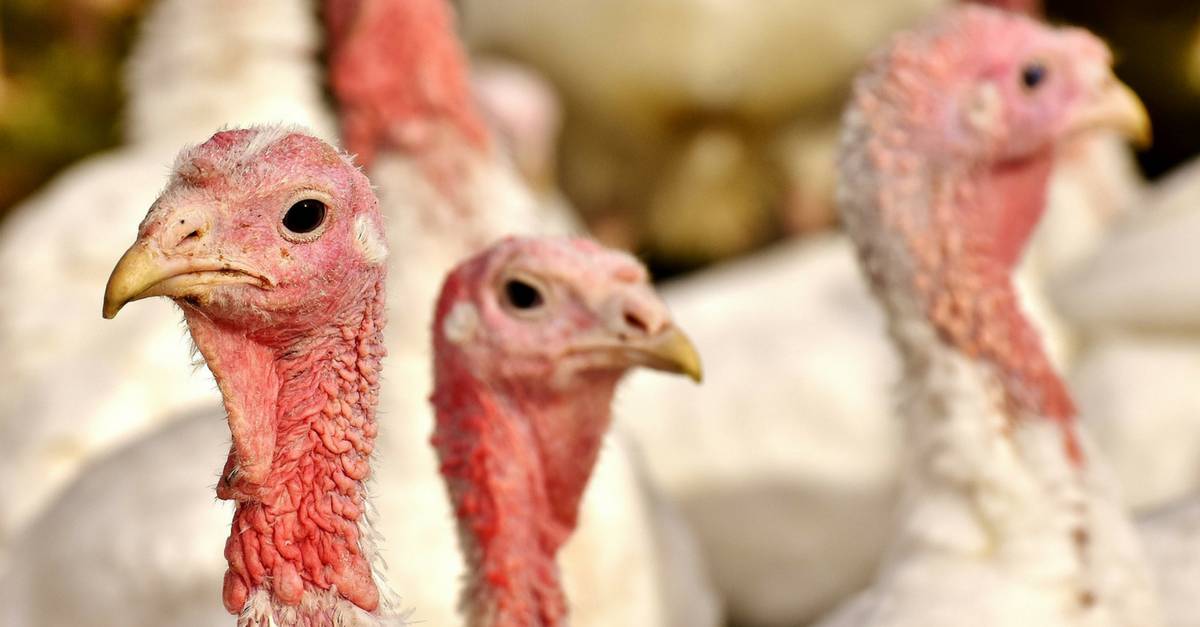 Black turkeys plumage is black. Their origination began in the 1500s as Mexican wild turkeys but then they were brought back to Europe by early Spanish explorers. They can be found in European nations. 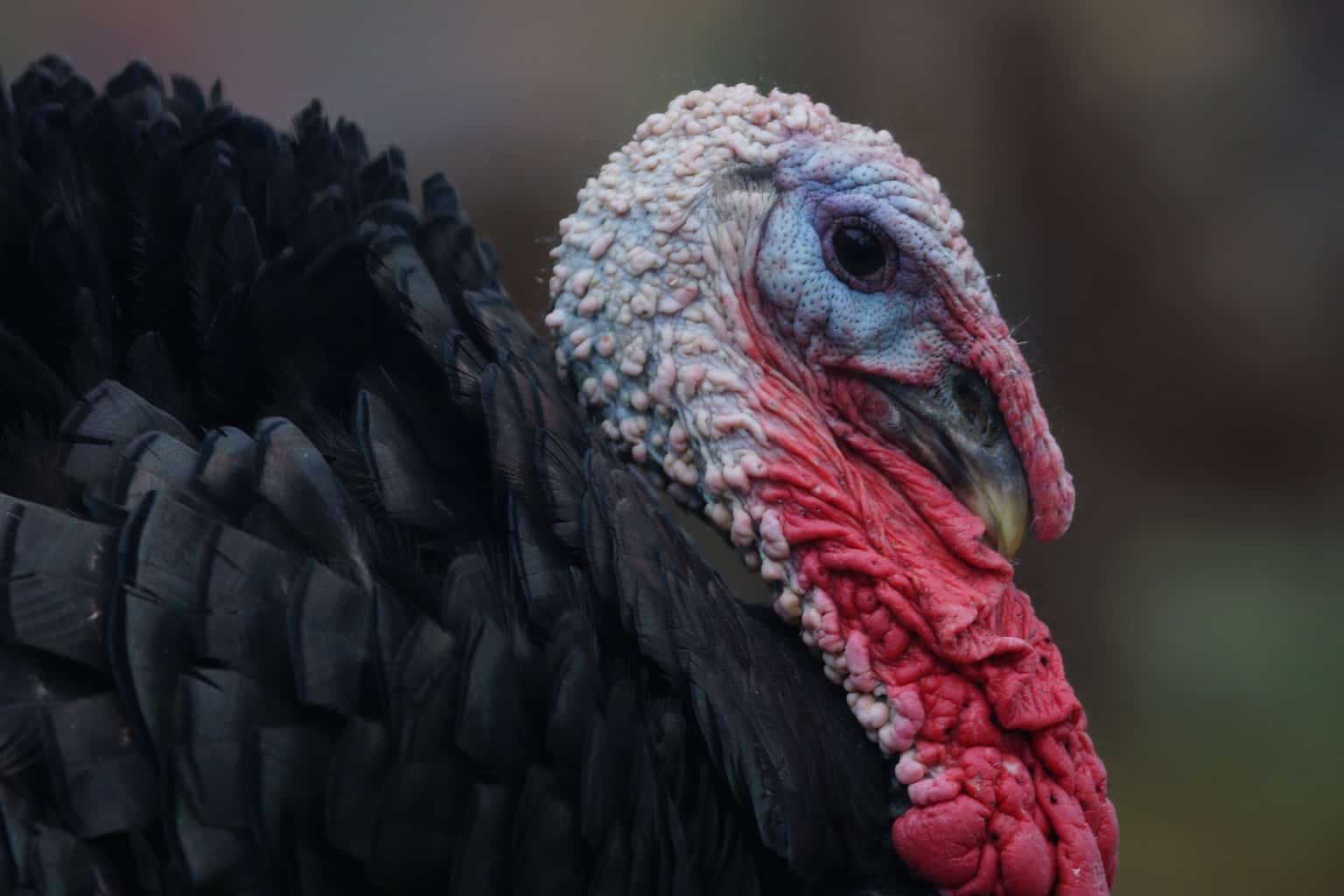 This beautiful breed with slate-gray plumage (which can be a color somewhere between white and black) is also sometimes called Lavender turkeys. Depending on sex, they can weigh between 14 and 23 pounds. 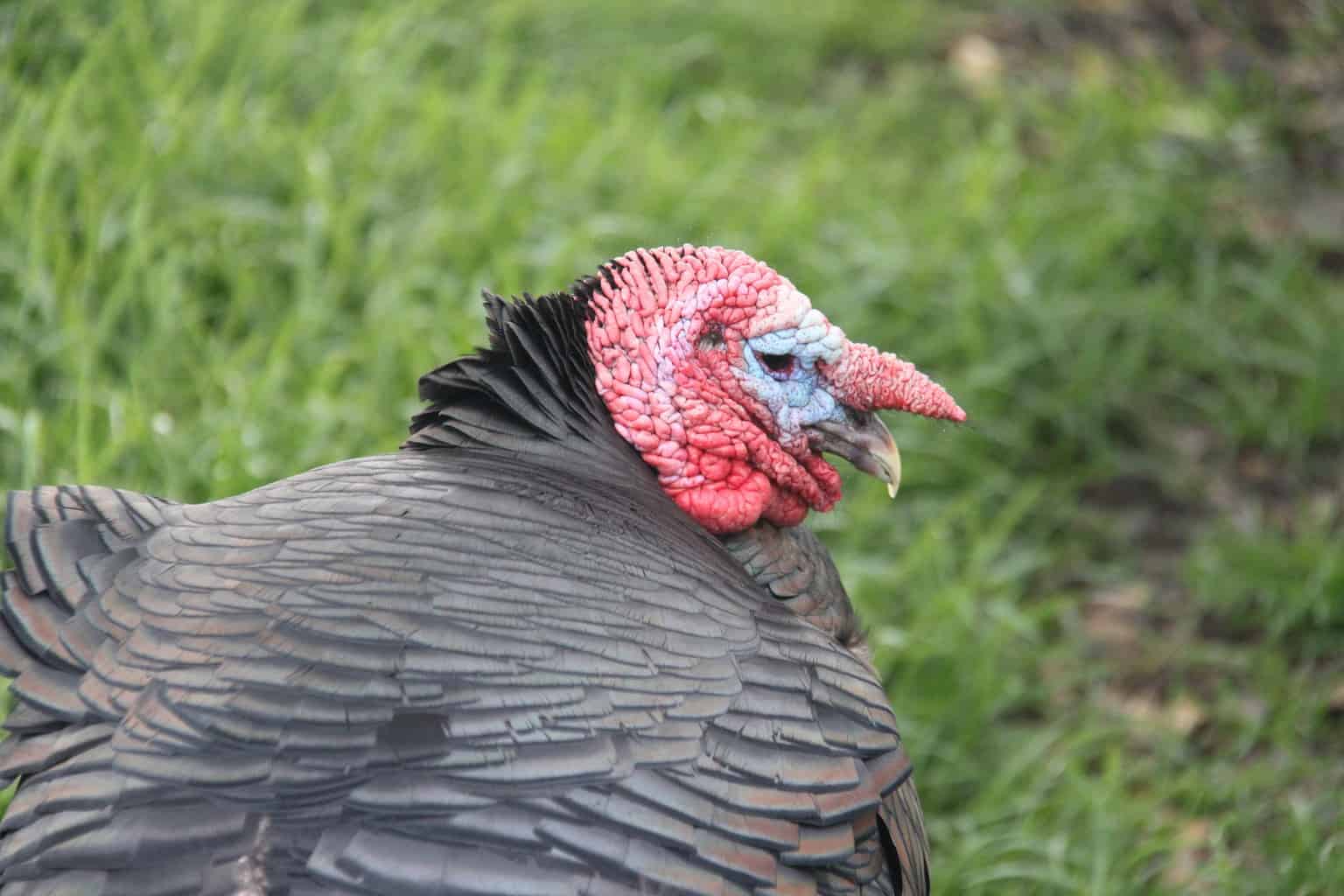 Bourbon Red turkeys have an absolutely beautiful red plumage, but even better, out of all of the heritage bred turkeys, they have the best tasting meat with full flavor and deliciousness. This breed was developed in the 1800s in Bourbon County, Kentucky. Depending on sex, they can weigh between 12 and 23 pounds. 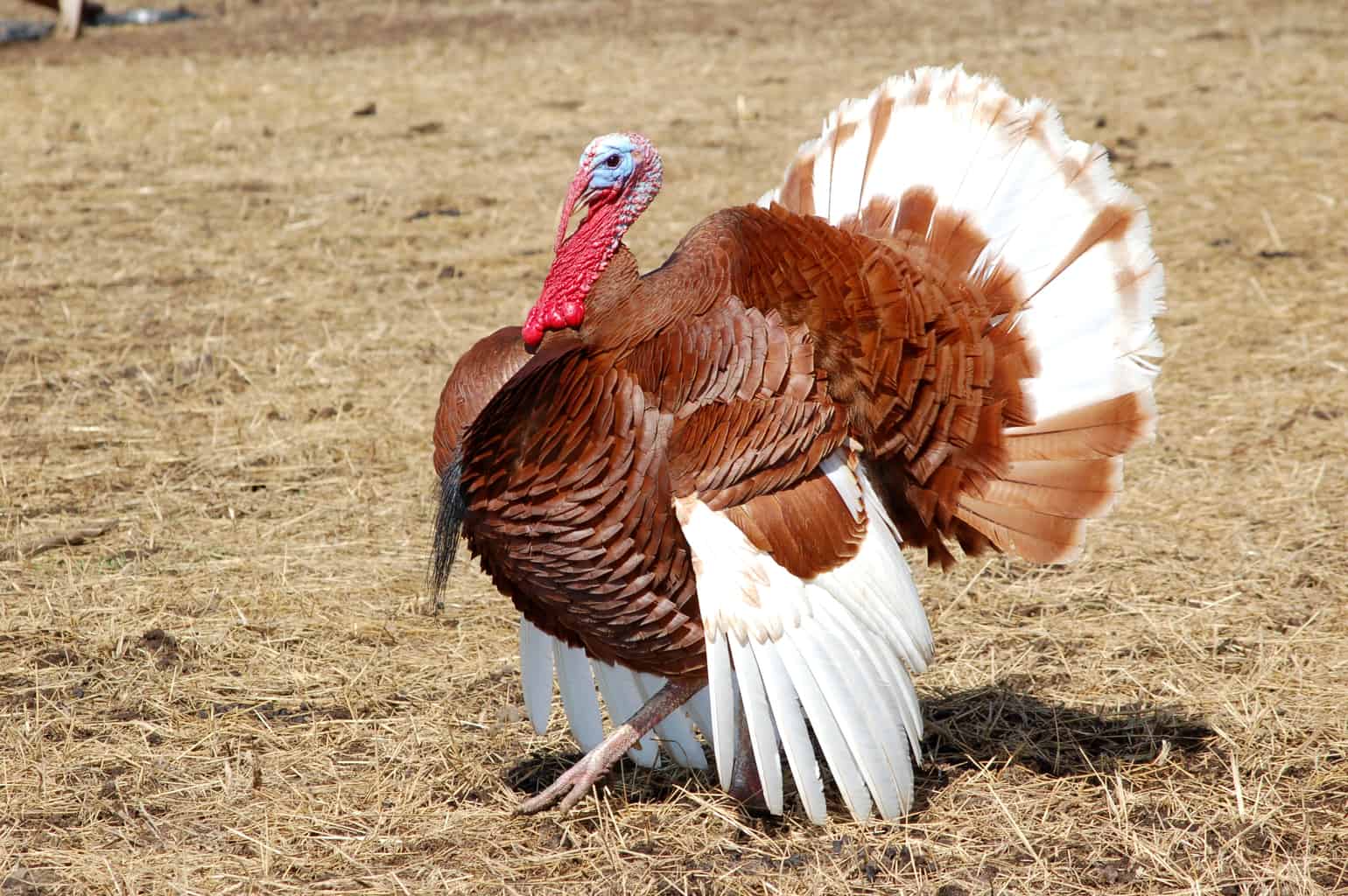 The Standard Bronze breed is the most popular heritage breed because of their size. They weigh in between 16 and 25 pounds.

This breed was the go-to breed before farm factory breeds became available. They weigh in between 18 and 30 pounds. 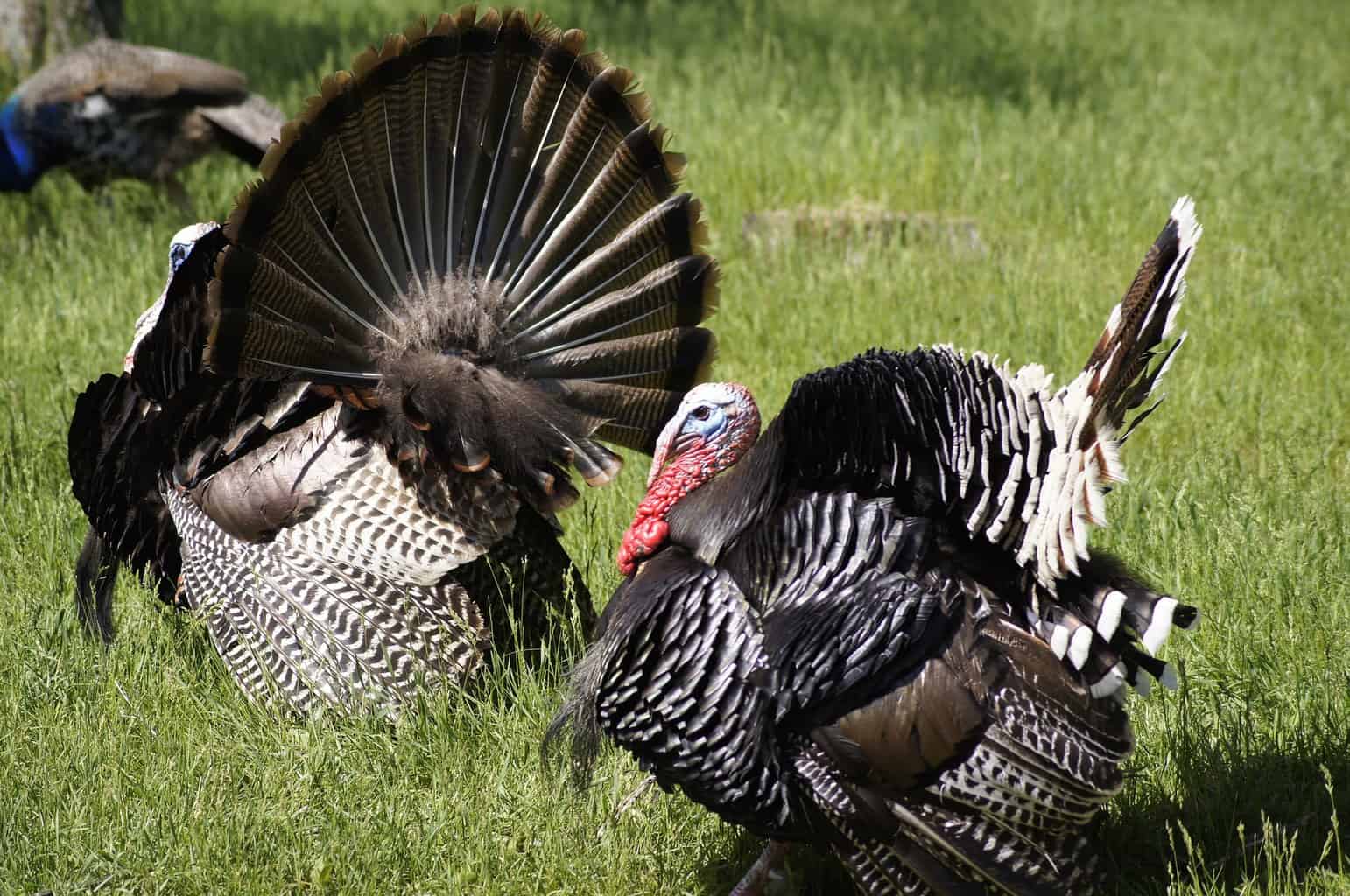 These beautiful birds have black and white plumage and are usually not bred for their meat but for their colorful beauty and flare. They weigh in between 10 and 16 pounds and are great foragers, good insect controllers and they do fly. 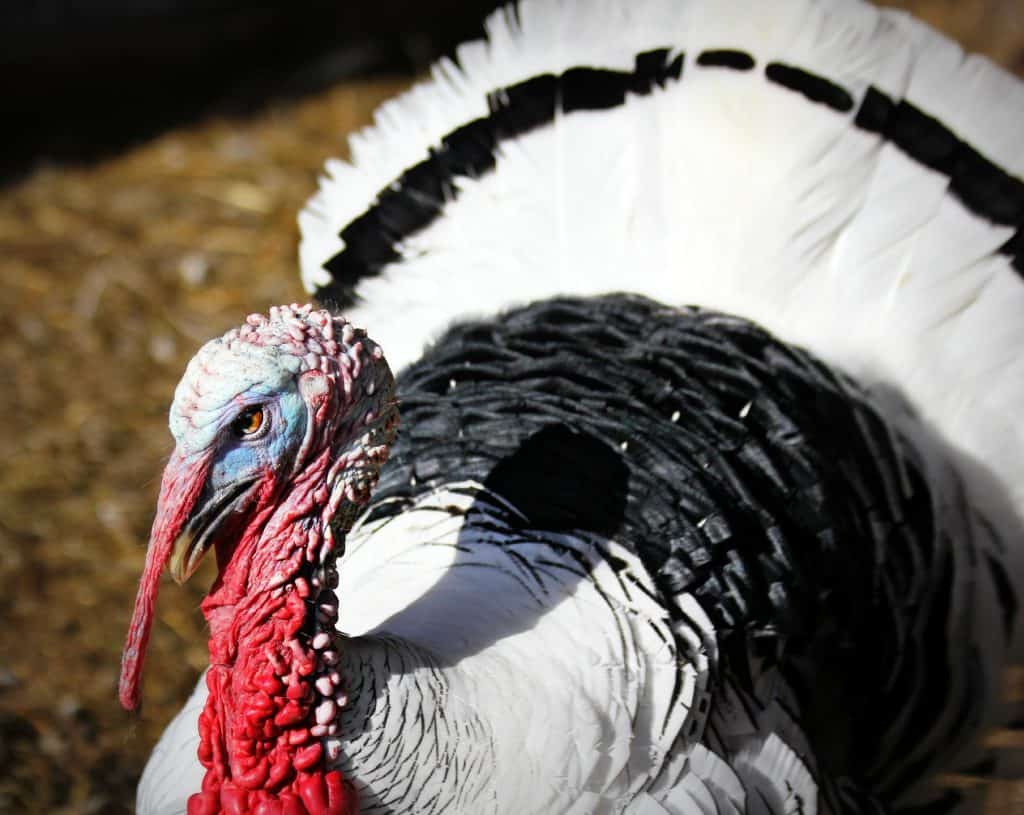 This breed began in Holland but migrated with early settlers in the 1800s. They are a large breed weighing in between 20 and 30 pounds. They are calm and good setters but the hens are so large that they tend to break their eggs easier than other breeds of turkeys. 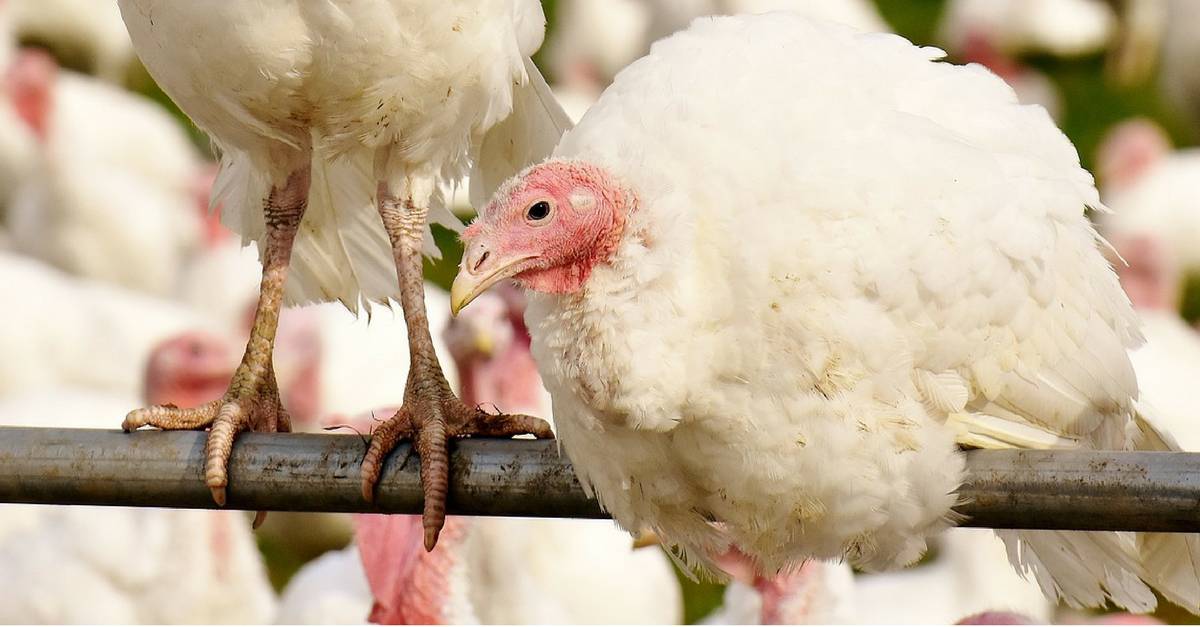 When raising any type of poultry, it is important to keep really good records like can be kept with this Poultry Binder Bundle. It will keep you sane, organized, and give you the edge on raising poultry.

Livestock Conservancy Recognized Breeds (But not recognized by the APA): 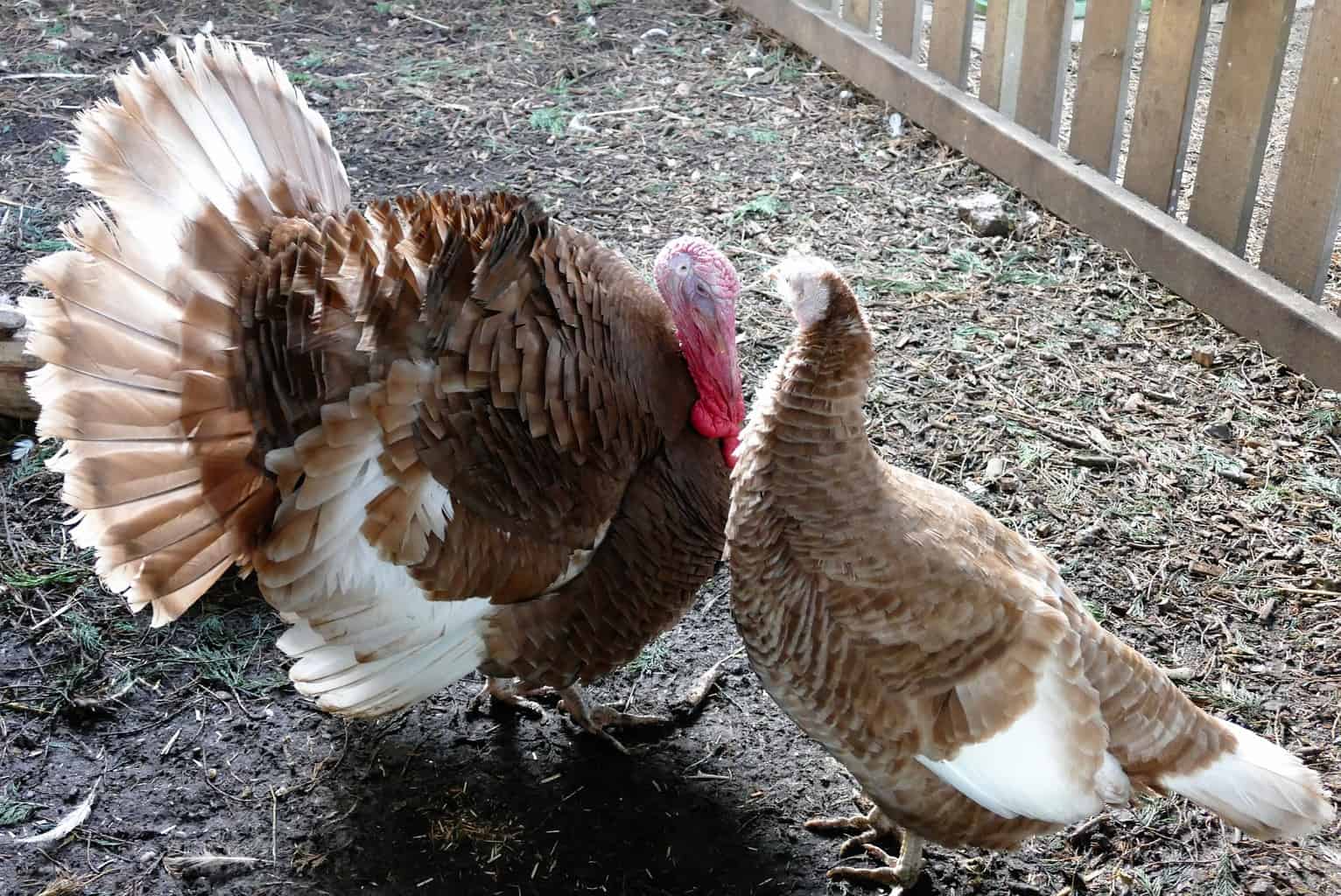 This breed, developed in the 1960s is a cross between the Royal Palm and the Broad Breasted Whites. They are calm and have a good disposition but are a smaller breed weighing in between 8 and 20 pounds.

Heritage breeds, through the years, became less popular as modern agriculture took precedence. Most of the time, heritage breeds have slower and smaller growth gains and have fallen out of favor because of this.

But the good news is that as people realize the importance of heritage breeds, the numbers are growing!

Heritage breeds offer such amazing benefits that we need to pay attention to:

All of those traits are very important factors when thinking about the future of self-sufficiency and growing food that is strong and sustainable. So, it’s no wonder that these heritage breeds are making a comeback! 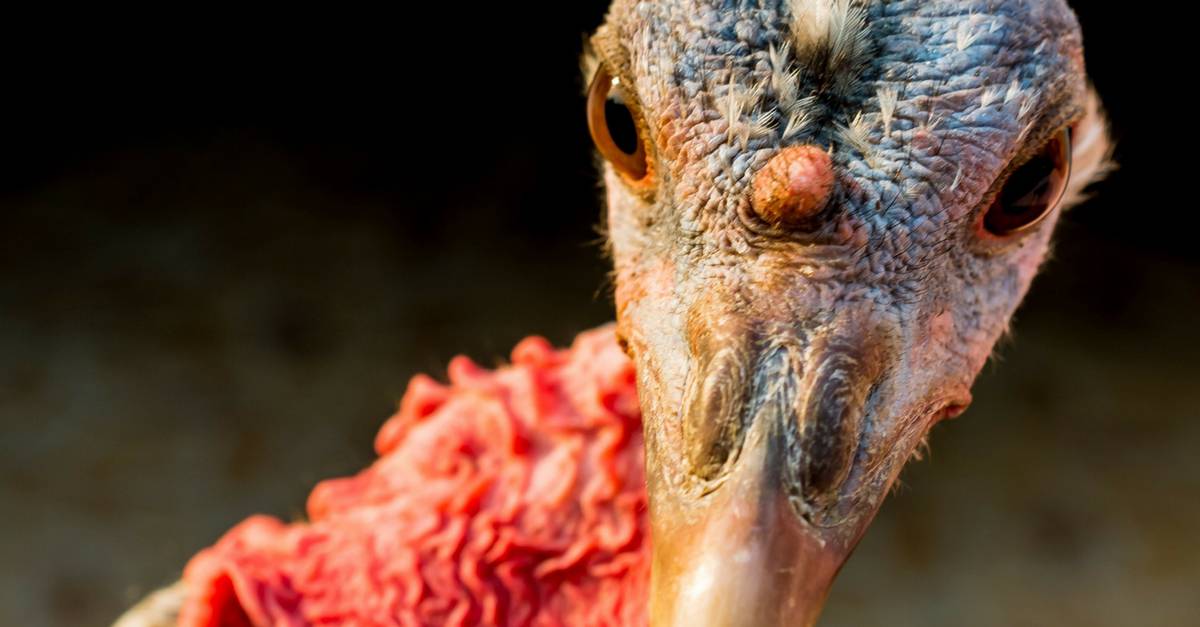 Largest Turkey Breed in the World

The broad-breasted white turkey is the most common turkey breed raised and eaten in America. Their large size and large breast, however, make it near impossible for them to breed naturally and therefore are artificially inseminated. Not only do they need help with breeding, but also are usually less intelligent and more disease-prone and they can’t fly or walk well. But because they grow abnormally fast, in 12 weeks, they have become the commercial breed of choice.

If you are looking for a hardy, more natural breed to add to your property as a food source, then the standard bronze turkey is the largest heritage breed. This breed, on average, will weigh between 16 to 25 pounds.

This may come down to a personal decision on which breed would make you the happiest based on their beauty, disposition, egg production, and how large they get. If you want to help preserve a heritage breed and aren’t interested in how the turkey looks or egg production, the bronze turkeys would be a great choice.

Many have found that Beltsville Whites are great egg layers. But may have trouble with fertility without sufficient daylight hours. The Bronze and Jersey Buff turkeys are another good egg-laying option as well.

Any turkey breed can be kept as a pet. The more you work with them when they are poults, the more people-friendly they will be as they grow. Personally, I’d chose the breed that I think is the most beautiful. And an added benefit would be if they laid a decent amount of eggs, just so they weren’t completely useless. 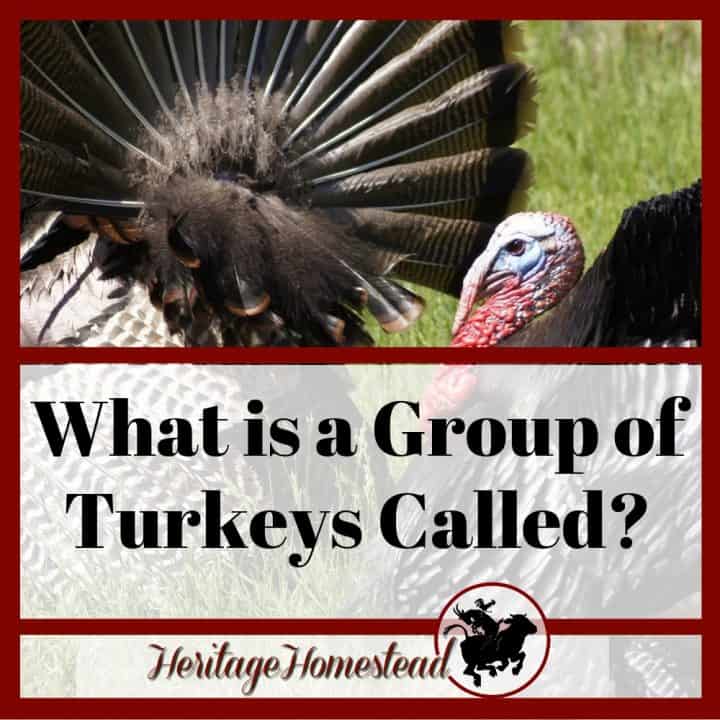 What is a Group of Turkeys Called?

A group of turkeys has a very unique name. What are they called? What is the history behind the name? Find out here to call out, "Hey! Look! It's a..." 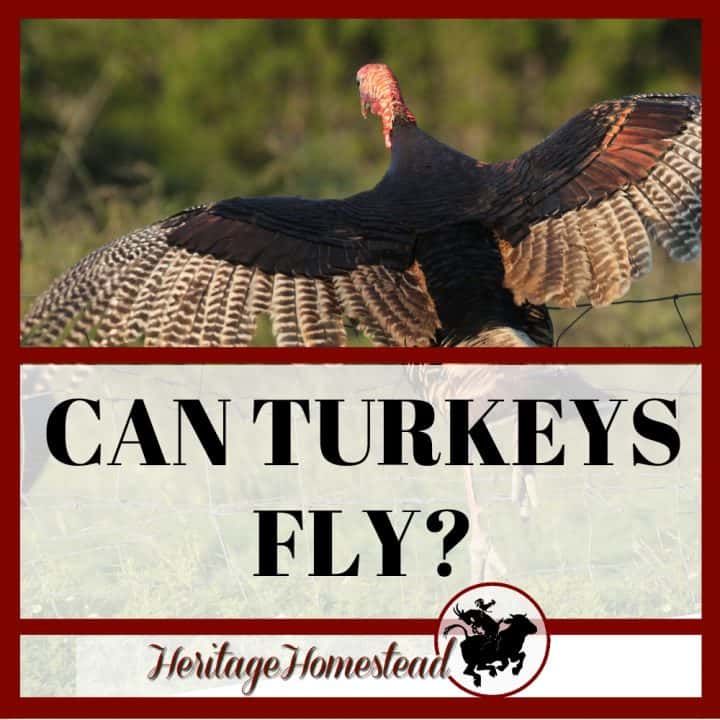 Have you ever wondered if these big birds can fly? Find out here... 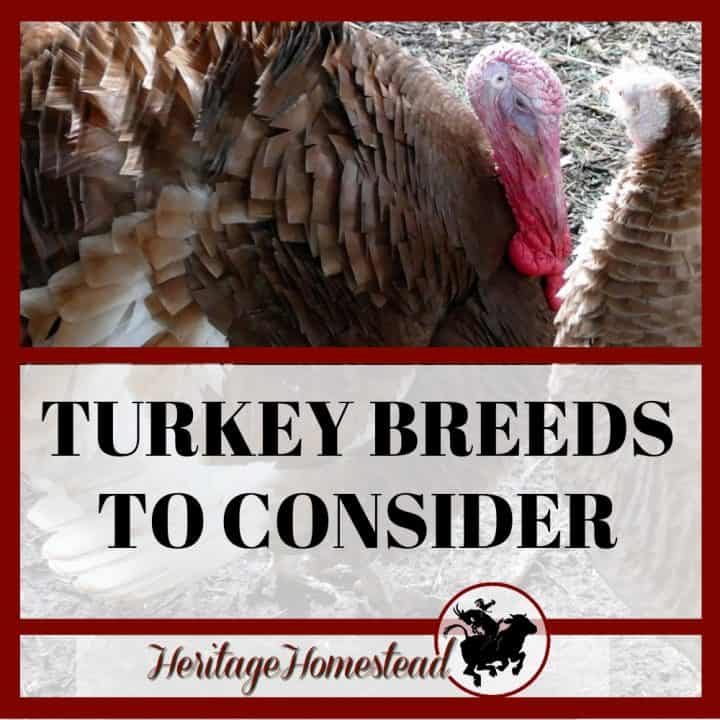 Find out the turkey breeds that you could bring home to be apart of your flock! 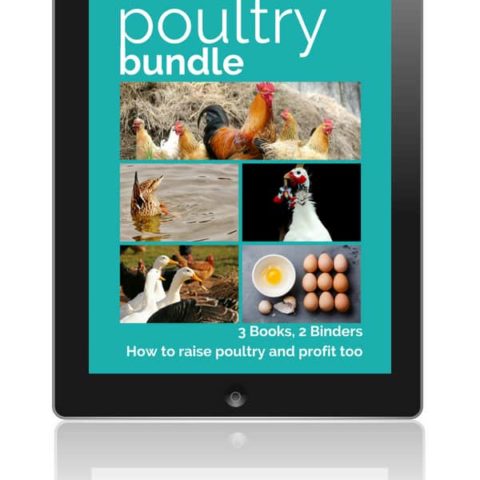 This binder bundle will keep your poultry records organized and up to date with all the pertinant information that is so important! 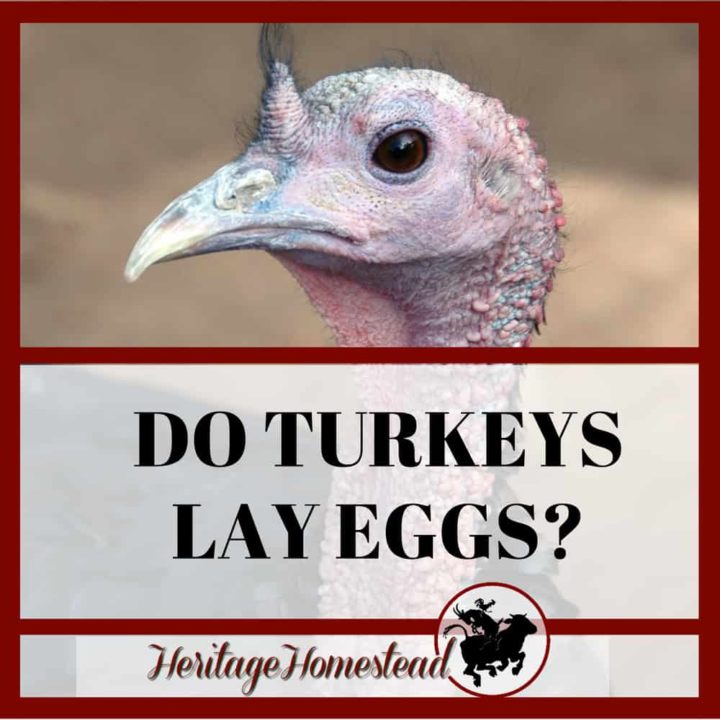 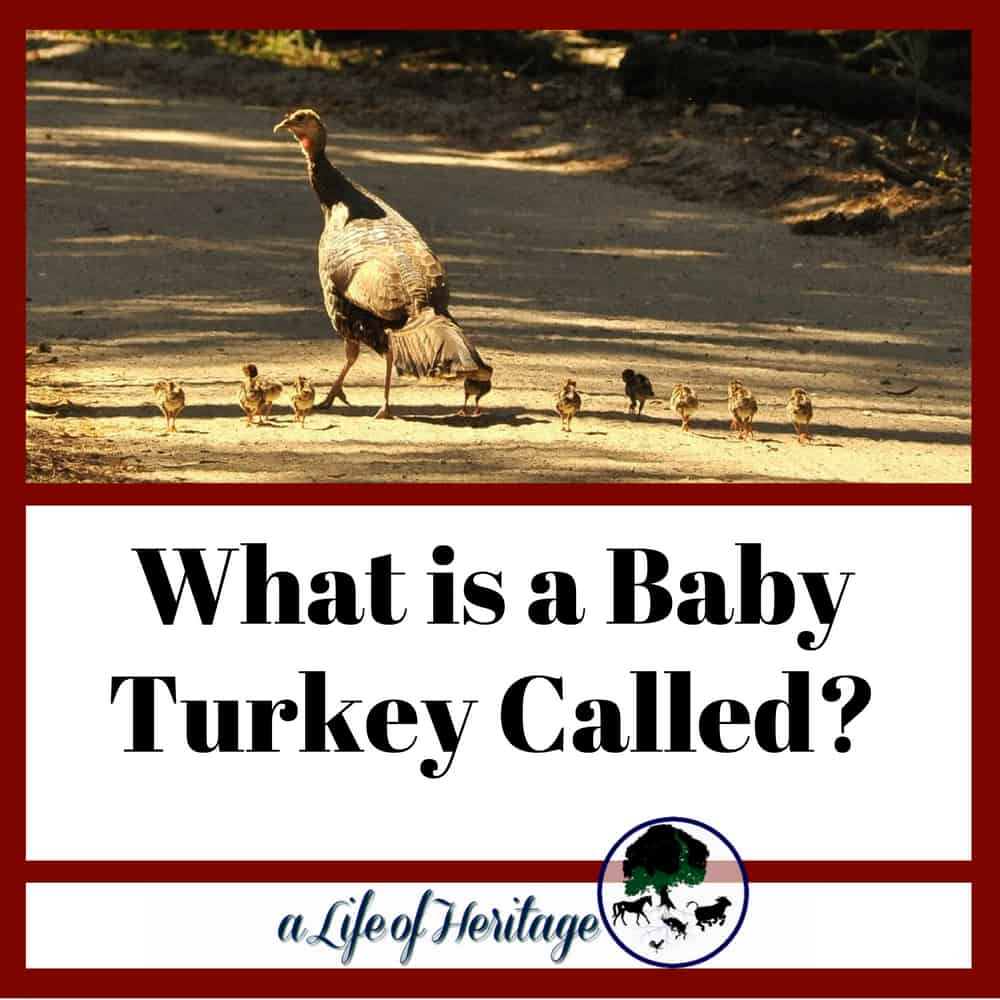 What is a Baby Turkey Called?

The answer to your questions about baby turkeys! 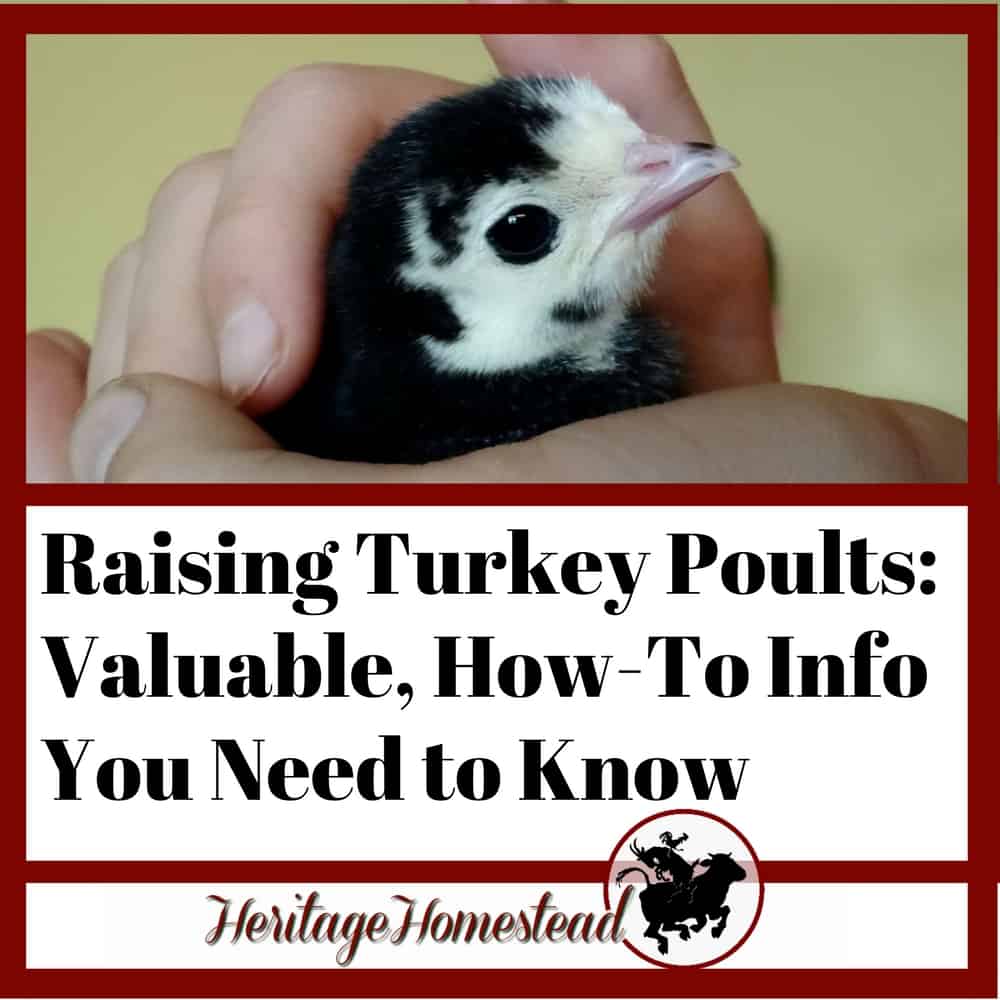 Do you plan to raise baby turkeys? This is what you need to know to do it successfully! 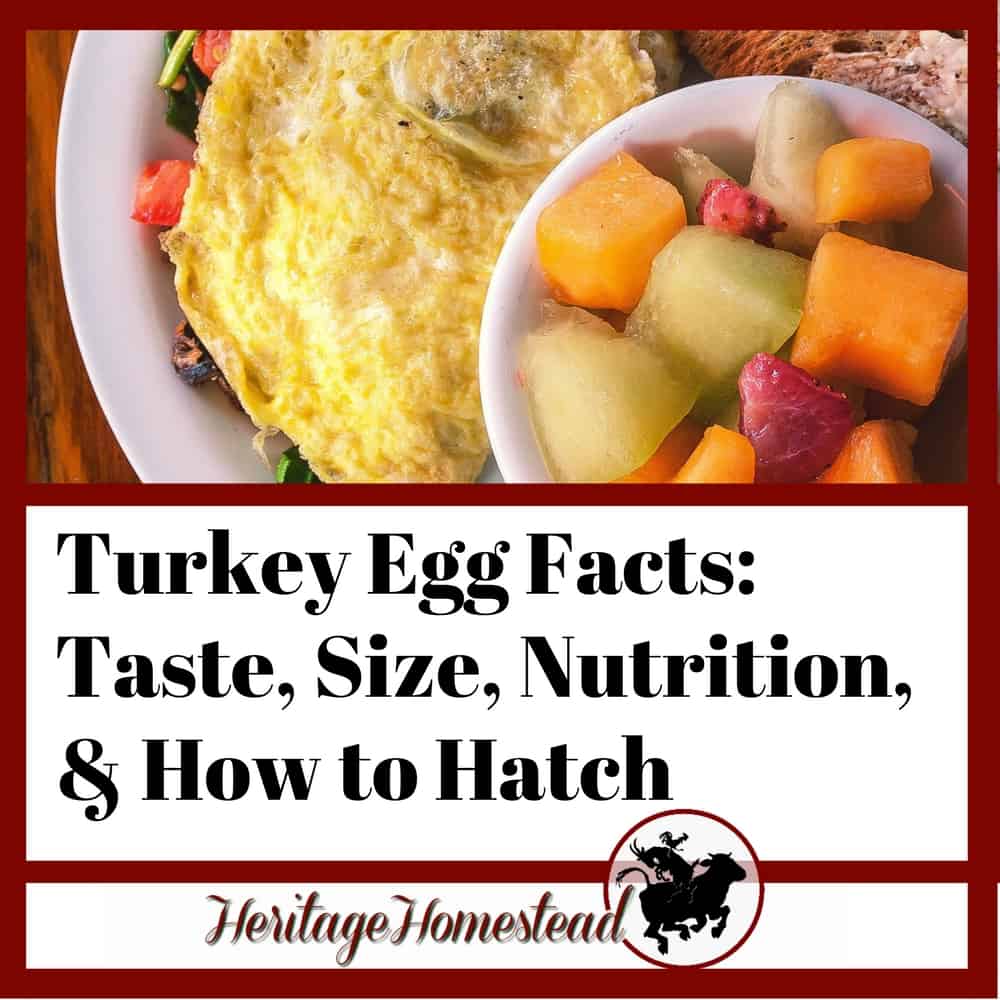 Turkey Eggs Facts: (Size, Nutrition, & Taste??), +How to Hatch Them

What about those turkey eggs? What do you need to know about them! This will be your comprehensive guide! 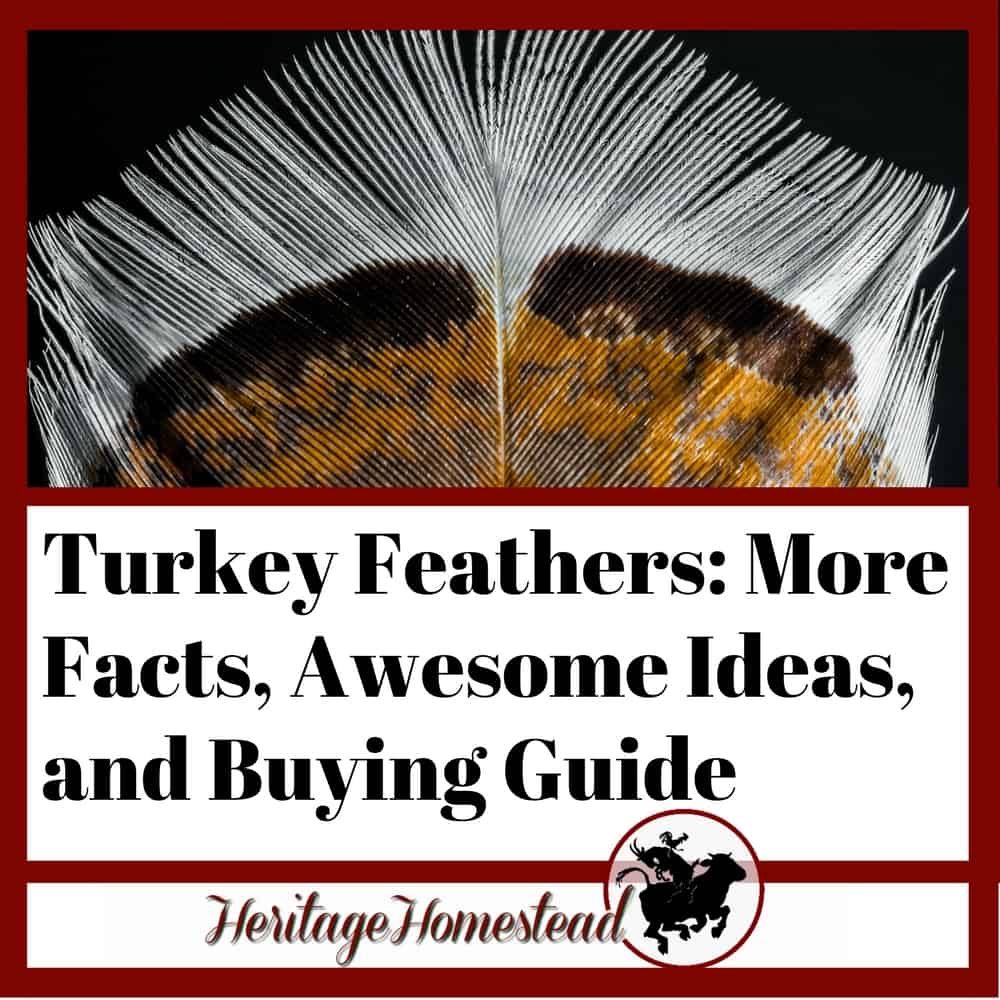 Turkey feathers are so pretty. This is what you can do with them!

If Iwant to raise 1 variety only, good taste, good looking, good natural breeding, good comercial price, which one should I choose? Thanks (just for backyard farm)

Thank you so much, I enjoyed all that 😊👍

That's great! Thank you for letting me know!

Thank you for your information, it's very helpful.

I'm so glad you found it helpful! Thank you for letting me know!

Thank you credible information. How old will chick Turkey be,before it starts to lay eggs ?

Hello :) My hen that I got last spring, is laying eggs now in December.

great information, amazing for me